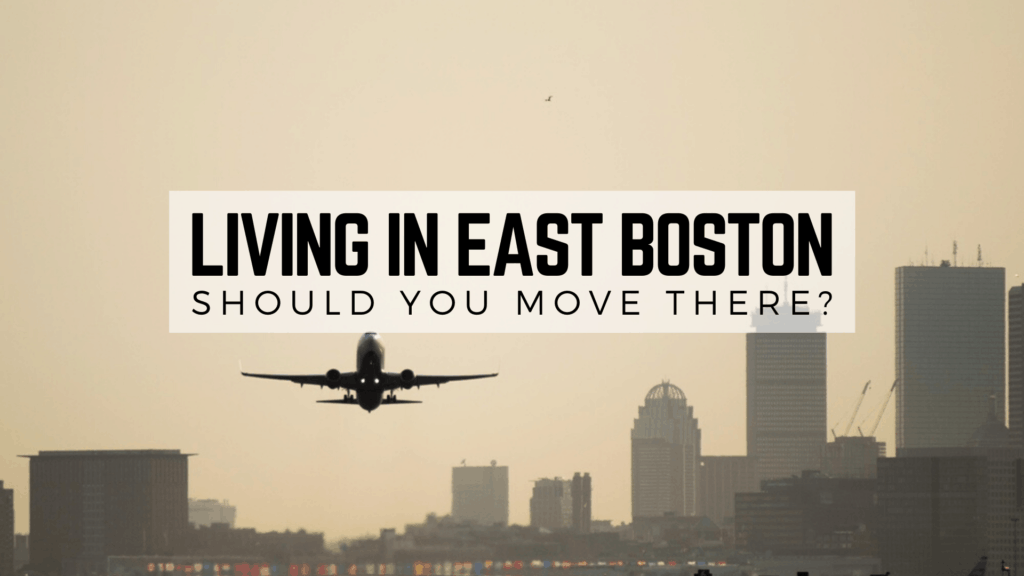 Near the cities of Chelsea, Winthrop, and Revere is the charming suburb of East Boston, MA. Only about 2.3 miles northeast of downtown Boston, this cozy community offers nice neighborhoods and a handful of convenient perks.

East Boston is known for being home to the bustling Boston Logan International Airport, which flies travelers to and from all over the world.

As a great place to live in the Boston metro area, it’s no surprise more people are shifting to East Boston and calling it home. This comprehensive guide will tell you the most important and interesting facts you’ll want to know about living in East Boston. Then, you can decide if it’s the right city for you.

Having grown by nearly 20% since the year 2000, the East Boston population has reached 43,436 residents with a median age of 35 years old.

East Boston demographics have a wealth of diversity as it is made up of about 56% Hispanic or Latino, 33% Caucasian, 4% Asian, and 3% African American. The gender ratio of males to females living in East Boston is about 1.2 to 1.

2. Top Things to Do in East Boston

Need to know if there are fun places to visit in East Boston before moving there? Along the east coast, Constitution Beach offers unique views of the harbor as well as a playground, baseball fields, tennis courts, basketball courts, and more. It’s considered a hidden gem and one of the best things to do in East Boston, giving visitors a chance to swim or play on a clear day.

A truly unique point of interest in East Boston is the Madonna Queen of the Universe Shrine, which was built back in the year 1954. The large statue was created in a beautiful area and certainly stands out. There is also a gift shop nearby that sells trinkets, snacks, and religious merchandise.

Madonna Queen of the Universe Shrine

3. East Boston Restaurants You Have to Try

If you’re looking for the best places to eat in East Boston, make sure you don’t miss out on the incredible array of pizza options available at Santarpio’s Pizza. From plain cheese or pepperoni to a fully customized Italian pie, you’re sure to find a slice of heaven at this popular East Boston restaurant. Their pizzas pair perfectly with one of their signature wines or beers, giving you something refreshing to enjoy with your meal.

And when you simply have to eat some delicious Mexican food, La Hacienda is another one of the top restaurants in East Boston. A look at their menu features a great variety of taco salad, shrimp ceviche, enchiladas, chimichangas, and so much more. Their mixed drinks and margaritas are a great addition to any plate you choose.

Wondering about the average cost of living in East Boston? People residing in East Boston pay about 19% less overall than the downtown Boston area. While most of your expenses will be about the same as other parts of the city, anyone relocating to East Boston will find the housing market is much more reasonable.

The local real estate numbers are currently showing the average price of a home in East Boston is about $508,527. This number is rising slowly as it’s gone up 2% in the last year and is anticipated to rise another 4% in the coming year. A look at East Boston, MA homes for sale will give you a good idea of what to expect for your money and what your budget can afford.

East Boston has a fairly even split of homeowners vs. renters. If you’re planning to lease your living space, the average price of rent in East Boston is about $2,068 per month for a one-bedroom and $2,594+ per month for two-bedroom apartments or larger.

According to Numbeo, a few other expenses you can expect from living in East Boston include:

About 5 square miles of land make up the area of East Boston in between Winthrop and downtown. The city offers some great communities for people of all ages to live. 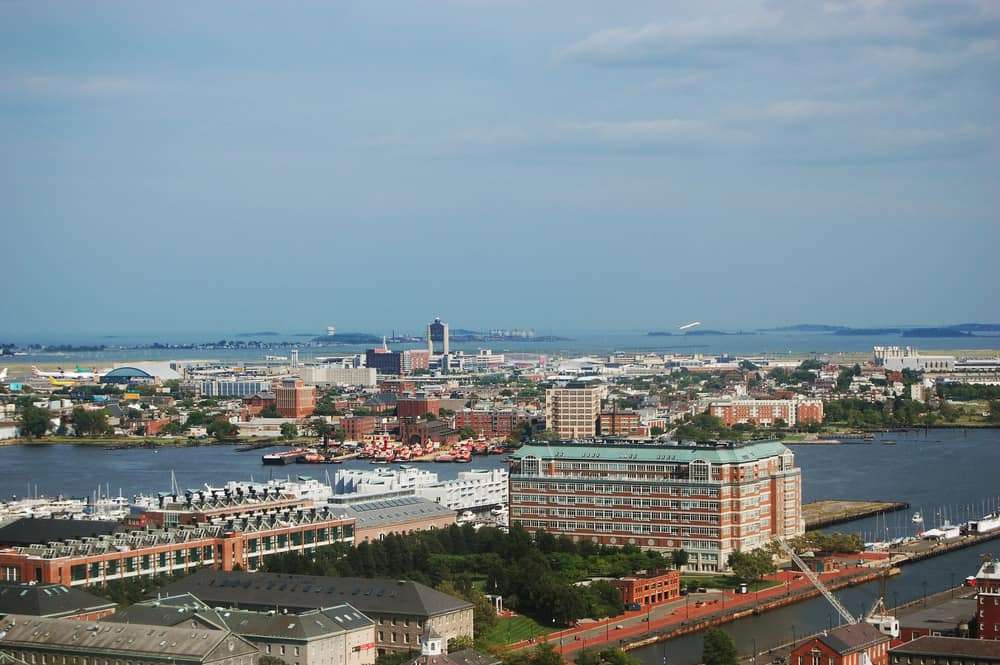 Some of the top East Boston neighborhoods are:

Convenient locations for shopping are spread across town at places like 7-Eleven, Target, Walgreens, Shaw’s, and CVS.

About half of the households within East Boston have children under the age of 18 years old, making it a family-friendly place to live. As a member of the respected Boston Public School District, parents can rest assured their kids are in good hands when sending them to schools in East Boston.

Though the options are limited due to the smaller area, you’ll still find great schools in East Boston such as:

This small Boston suburb even has a local college for students who want to stay in the area after high school. Suffolk University offers a variety of degree programs and is a great option for secondary education.

The median household income in East Boston is $51,549, which is about $4,000 less than the downtown Boston average. The majority of jobs in East Boston revolve around fields like wholesale trade, transportation, and warehousing, with an impressive 60% of the local population working in these industries. 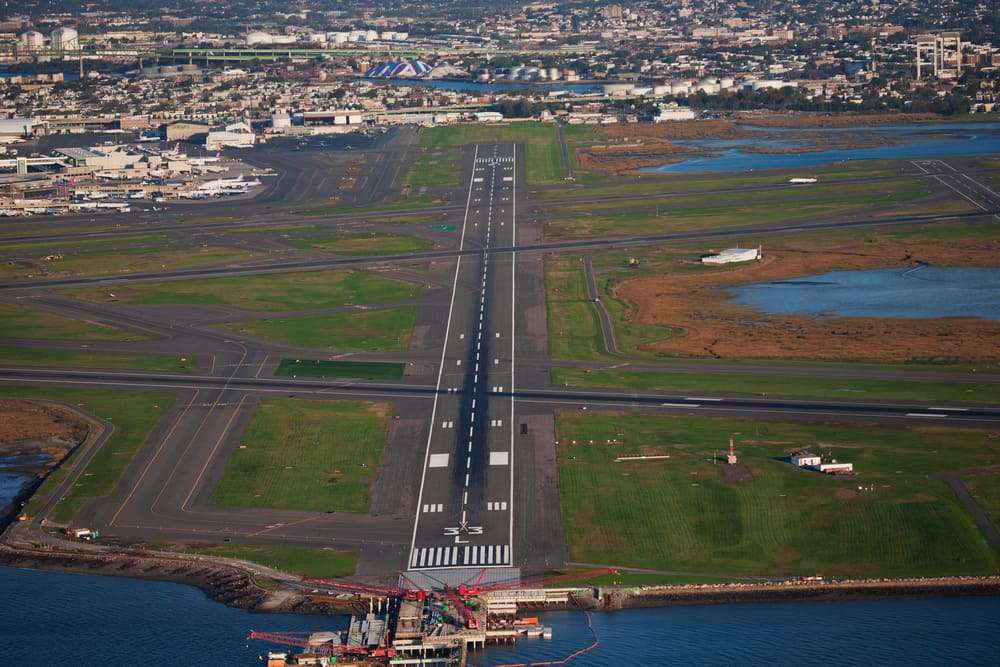 Many residents living in East Boston work at the Boston Logan International Airport for companies like:

It is also less than 5 miles to commute from East Boston to Cambridge, a trip that takes about 20 minutes. This makes East Boston a great place to live for people who plan to work at locations in the city of Cambridge.

Right next to downtown, you’ll find similar weather in East Boston with a cold, wet climate for the better part of the year. Winters bring an average of 48 inches of snow per year paired with temperatures between the low 20s and upper 30s. Summers warm up a bit for you to thaw between the mid-60s and low 80s.

Tips for Moving to East Boston

Ready to make plans for relocating to East Boston? Count on the most trustworthy East Boston movers here at Mass Bay Movers to handle the job! Give us a call today at (978) 587-3775 to learn more or complete the Request a Quote form on this page for a free moving estimate!