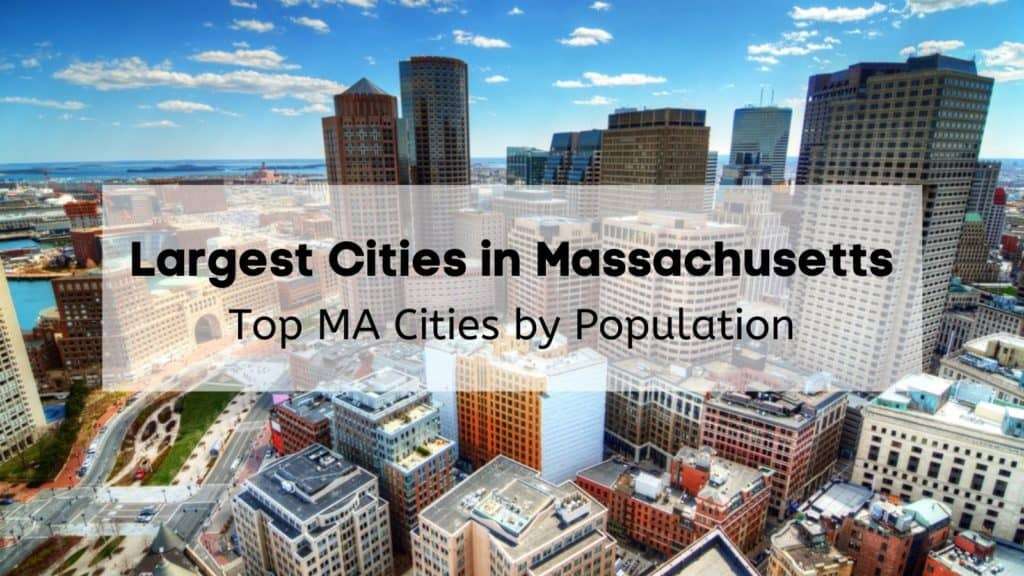 While Massachusetts is among the smallest geographical states in the US, it is also among the top 15 most populated across the nation. It offers many great places to live including the largest cities in Massachusetts by population, which all have their own great amenities and perks.

As you consider the populations of Massachusetts cities and other details, you’ll be able to determine which of these areas is a good fit for you. When you improve your knowledge of the biggest cities in Massachusetts, it’ll be easier to choose where you want to live.

The US Census tracks Massachusetts cities by population and is where the helpful information on this page was found.

By learning specifics about the overall numbers in the state, you’ll be able to identify details about Massachusetts’ largest cities and how they’re different from one another.

Before moving anywhere within the state, it’s a good idea to learn about the major cities in Massachusetts along with information about their population, fun local activities, job markets, living costs, and more.

By far the largest city in Massachusetts, Boston has nearly four times as many residents as any other city in the state. The city of Boston is commonly known for a variety of things including the Boston Marathon, its famous baked beans, and the recognizable Boston English accent many residents have.

People living in Boston can catch a Red Sox game over at Fenway Park or enjoy the amazing and historic Boston Common. 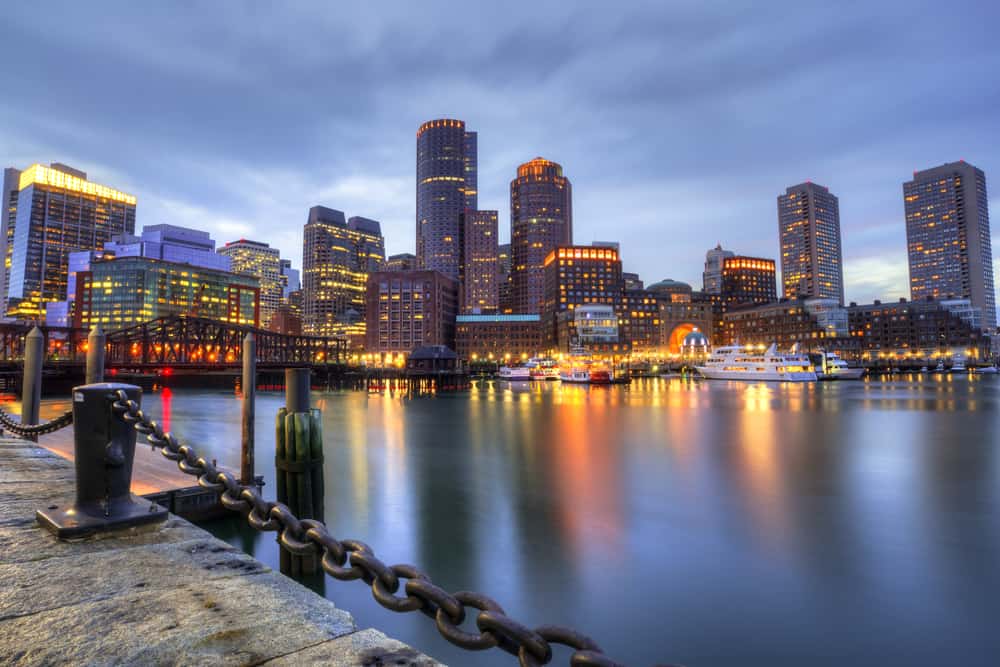 Boston was incorporated on September 7, 1630, and is located along the state’s eastern border near Massachusetts Bay. It is one of the most important cities in Massachusetts, playing a vital role in what the region has become today.

With a strong history in manufacturing and industrial businesses, Worcester jobs can now be found at companies like the Hanover Insurance Group, UMass Memorial Health Care, and the Rand-Whitney Group. The top college in Worcester is the University of Massachusetts Medical School.

The best things to do in Worcester include the local Worcester Art Museum and spending time at Elm Park.

Worcester weather has freezing winters between the low 20s and mid-30s, with summers warming up a bit to highs in the mid-80s.

Another one of Massachusetts’ largest cities is Springfield, which is known as the “City of Firsts” due to being the location of the first American-made automobile and its ongoing dedication to further innovation. Springfield is also considered to be the birthplace of basketball.

One of the most famous people to live in Springfield is Theodor Geisel, who you may better know by the name “Dr. Seuss”. One of the best places to visit in Springfield is the Dr. Seuss National Memorial Sculpture Garden. More fun things to do in the area can be found at the Eastern States Exposition.

Springfield was incorporated in 1852 and has grown into one of the major cities in Massachusetts over the years. Large employers call Springfield home including Smith & Wesson, Baystate Health, and the Center for Human Development.

Located just north of the Massachusetts-Connecticut border, Springfield weather is some of the coldest in the state. Winter temperatures can reach the low teens at night and only get into the low 30s during the day.

Arguably one of the main cities in Massachusetts after Boston is the area of Cambridge. Home to two of the world’s most distinguished colleges, Cambridge hosts both Harvard University and the Massachusetts Institute of Technology (MIT).

Cambridge is the most affluent area among the largest MA cities and is located on the northwest border of Boston across the Charles River. A couple of the most popular places to visit in Cambridge are Harvard Square as well as The Harvard Museum of Natural History.

Having been founded in 1630, Cambridge has grown dramatically and is the location of many well-known companies like Genzyme, Akamai Technologies, and Biogen.

The weather in Cambridge changes from winters in the teens and 30s to summers in the low 60s and 80s.

The city of Lowell was incorporated in 1836 and is ranked fifth among the populations of Massachusetts cities. Often considered the cradle for the American Industrial Revolution, Lowell has since evolved into a mixture of residential neighborhoods and commercial areas.

Some of the businesses that you’ll find in Lowell include MACOM Technology Solutions, the Lowell General Hospital, and the Saints Memorial Medical Center.

Lowell is about 30 miles northwest of Boston near the New Hampshire border. Residents living in Lowell enjoy fun activities at places like Shedd Park and the Boott Cotton Mills Museum.

Founded in 1821, Brockton is a major Massachusetts city that is located about 24 miles south of downtown Boston.

Because of resident championship boxers like Rocky Marciano and Marvin Hagler, the city of Brockton is often called the “City of Champions”. It is also known for having successful sports programs at the local Brockton High School.

Whether you’re looking for looking things to do in Brockton that are inside or outside, you can visit places like the Fuller Craft Museum or catch an upcoming game at Campanelli Stadium.

The city of New Bedford has grown into one of the biggest Massachusetts cities since it was founded in 1787.

As one of the most important cities in Massachusetts for the state’s economy, New Bedford is home to the number one ranked fishing port in America. The massive fishing fleet based in New Bedford brings in tons of fish and seafood that are served up at many local restaurants like Antonio’s as well as The Black Whale. 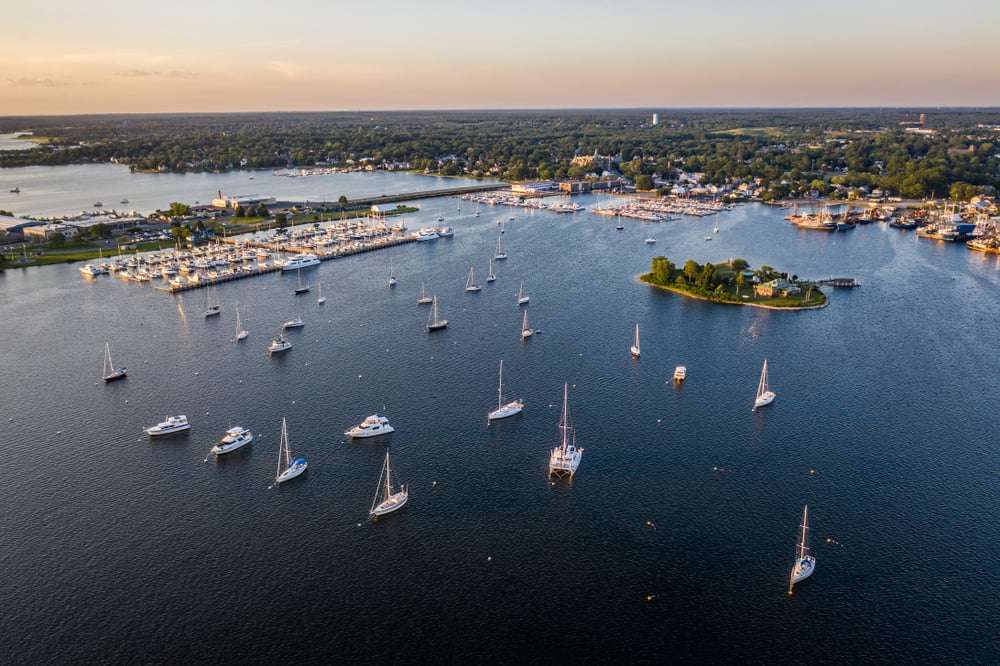 The most popular activities in New Bedford are available at the Buttonwood Park Zoo and the New Bedford Whaling National Historical Park.

Since it is where the second and sixth U.S. Presidents John Adams and John Quincy Adams were born, Quincy is called the “City of Presidents”.

Quincy was incorporated back in 1792 and has grown into the eighth-largest city in Massachusetts. It is located just south of Boston on the borders of the bay.

The city of Lynn is located northeast of Boston on the water and is split between Nahant Bay and the Broad Sound. Lynn was founded in 1850, seeing incredible growth that has made it one of the biggest cities in Massachusetts by population. 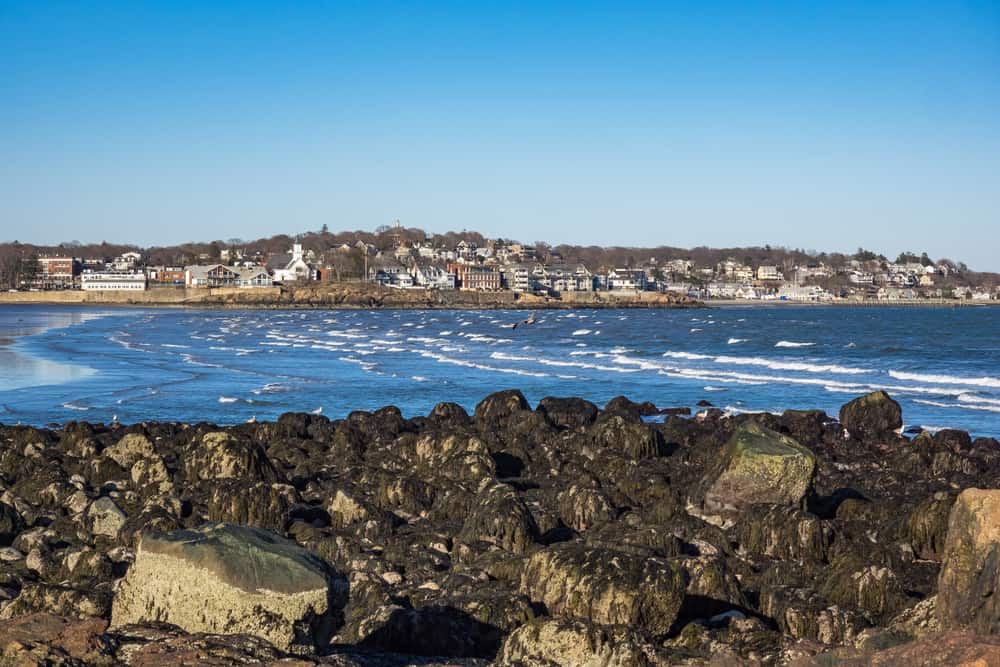 Once home to a General Electric plant, Lynn is where the first U.S. jet airplane engine was built in 1942.

Lynn is where you will find the reputable Boston University, a highly-rated college in the city. Many large companies are headquartered in Lynn such as HubSpot and Mathworks.

Located on the southeast side of Massachusetts, Fall River rests along the border of Rhode Island. The city of Fall River has a strong Portuguese culture as it continually attracts immigrants from these areas.

Fall River is known for having the largest collection of World War II naval vessels in the world. It is also where the battleship USS Massachusetts is docked.

Geographically bigger than most areas on this list, Fall River is also one of the largest Massachusetts cities by population.

The best things to do in Fall River are Kennedy Park and Fall River Heritage State Park.

Map of Largest Cities in Massachusetts

How many cities are there in Massachusetts?

There are 57 cities in Massachusetts along with 294 towns.

What is the most populous city in Massachusetts?

Boston is the largest city in Massachusetts with a population of 694,295 residents.

How many people live in Massachusetts?

The population in Massachusetts is 6,892,503 residents.

Which of the Largest Massachusetts Cities is Right for You?

Now that you’ve had a chance to look through the largest cities in Massachusetts, are you ready to move to any of them? At Mass Bay Movers, our reliable moving company is here to assist you! Call today at (978) 587-3775 or complete the Request a Quote form for a free moving quote! 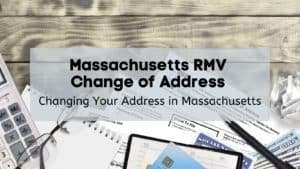 Massachusetts RMV Change of Address [2022] | 💳 Changing Your Address in MA

When you’re thinking about moving into a new home, it’s both an exciting and stressful time. There are so many things you will need to 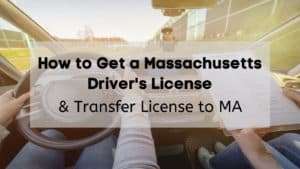 Is your teen ready to start driving? Are you moving to Massachusetts and need to know how to do an out of state license transfer? 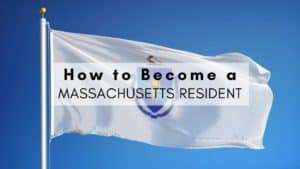 How to Become a Massachusetts Resident [2022] | MA Residency Requirements

Among the original 13 colonies and one of the six New England states, Massachusetts is a historic and beautiful place to live. It was the 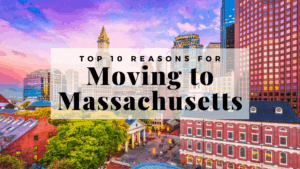 Have you been asking yourself “should I move to Massachusetts?” This amazing state is one of the most spectacular, historic areas in the entire United