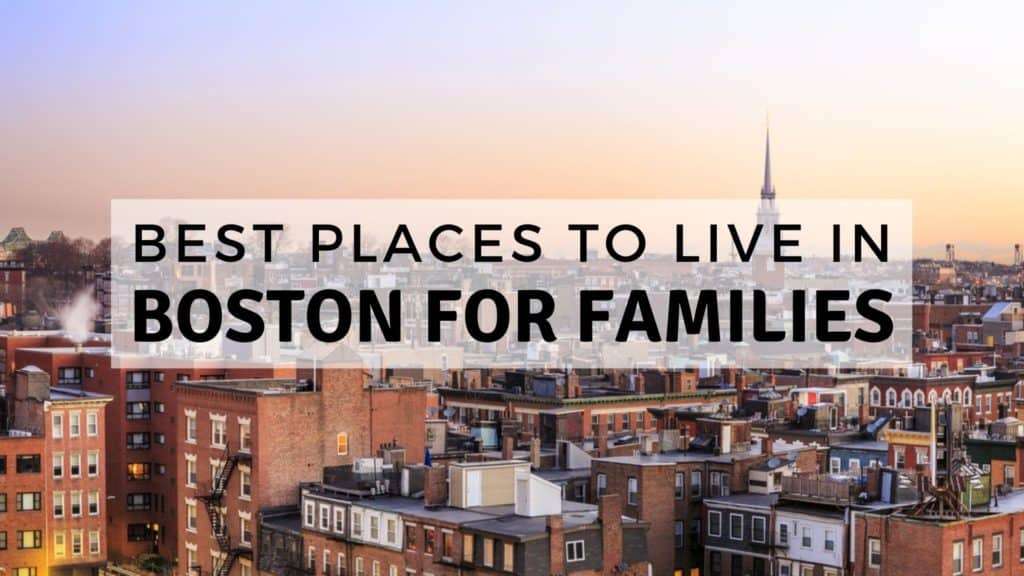 The city of Boston has been one of the most popular cities in the United States since the American Revolution. Commonly called by nicknames like Beantown, The Cradle of Liberty, The Athens of America, and even The Hub of the Universe, it is a beloved city with people who are proud to call it home.

With a population of about 658,279 people, it is easily the largest city in Massachusetts. And with a wide range of beautiful neighborhoods in Boston for families, the area is continually seeing more growth each year.

Boston demographics have become more diverse as time goes on with the current population being made up of about 44% Caucasian, 22% Black or African American, 10% Hispanic or Latino, and 9% Asian.

Boston is known for its successful sports teams, the Boston Marathon, tourist attractions, American history, and its family-friendly communities. If you are looking for safe Boston neighborhoods for families, you’ll find more than enough great places to choose from.

Settled in the year 1629, Charlestown is the oldest neighborhood in Boston and one of the top neighborhoods in the entire city. With more than 6,490 children under 18 years old making up 15.7% of the community population, you’ll find yourself among many other families in this area. Located along the northcentral border of the city, Charlestown was named after the English king, Charles I.

This beloved Boston neighborhood is the location of Charlestown High School, where many local teenagers attend. It is also the destination of many historical sites including places like the Bunker Hill Monument, the Boston National Historic Park, and the USS Constitution Museum.

2. Newton Corner – Most Affluent Neighborhood in Boston for Families

While Newton Corner is the smallest of the Boston communities on this list, nearly 25% of the local population is made up of children under 18 years old. The neighborhood is split between the border of Boston and the city of Newton. It is one of the closest neighborhoods to the top-rated Boston Latin School, which ranks among the top 40 high schools in the entire nation.

Also close to Boston College, it is a well-known area for education and learning. Some of the most enjoyable things to do in the wealthy community of Newton Corner include the Newton Commonwealth Golf Course as well as the classy Newton Yacht Club. A couple of great places to eat around town are Buff’s Pub as well as Max and Leo’s Pizza.

Named after a small village in Edinburgh, Scotland called Roslin, the area of Roslindale is another top Boston community worth a visit. If you take a look at houses in Roslindale, you’ll find properties ranging from small studio homes for around $254,000 up to multimillion-dollar single-family homes. Residents in this area enjoy being close to nearby amenities such as the Mass Audubon’s Boston Nature Center and Wildlife Sanctuary and the local Adams Park. 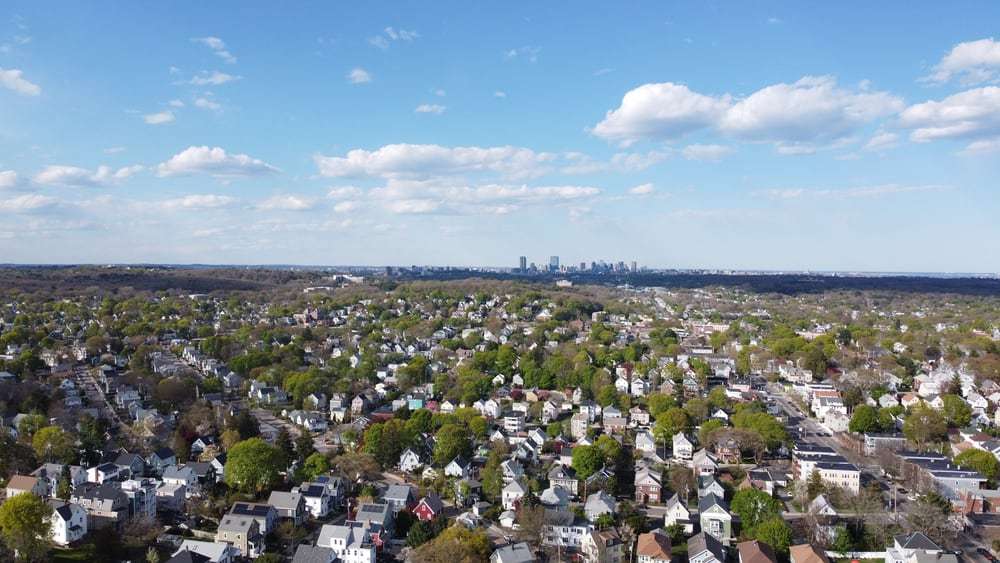 At the center of this pleasant Boston neighborhood, you’ll also find a wide variety of great places to eat including Sophia’s Grotto, Shaking Seafood, and Delfino.

Lovingly known by local residents as “Eastie”, the neighborhood of East Boston is a great spot for families searching for a place to live. Located across the Boston Main Channel from downtown, this area is currently home to about 8,427 kids under 18 years of age. Many of these children enjoy a strong education from the top Brooke Charter School campus in the city for students between Kindergarten and 9th grad. The area also hosts the reputable Manassah E Bradley School.

East Boston is the location of Boston Logan International Airport. Many people consider East Boston one of the best places to live in the entire city.

Split into the areas of North Dorchester and South Dorchester, this popular Boston community is by far the largest on the list with more than 88,000 residents. Once an independent town until Boston claimed it in the year 1870, this area was named for the town located in southern England. Due to its large population, Dorchester is home to over 17,761 kids under the age of 18, making it a wonderful choice for all families. 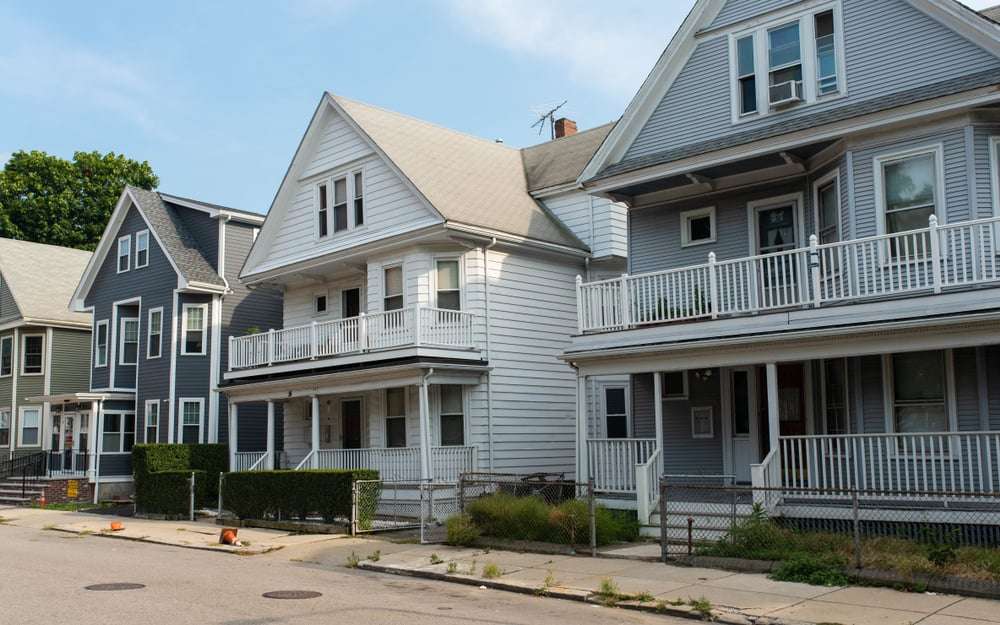 With scholastics in mind, this top-rated Boston community is the location of multiple schools such as the University of Massachusetts Boston, the Boston Arts Academy, and Boston Collegiate Charter School. Locals can enjoy plenty of fun activities nearby including shopping at the nearby Puritan Mall.

As the southernmost Boston neighborhood on this list, Hyde Park was named after a local park in London, England. The community lives up to its name with many local parks and outdoor activities including the Stony Brook Reservation and the Hyde Park Community Center. It’s also commonly known for the local attraction known as Ron’s Gourmet Ice Cream and Twentieth Century Bowling Alley.

Residents of Hyde Park enjoy a handful of delicious places to eat that includes destinations like ZAZ, Las Delicias Colombianas, and Cappy’s Pizzeria.

7. West Roxbury – A Safe Community in Boston for Families

Located on the southwestern edge of town, West Roxbury is constantly ranked as one of the safest neighborhoods in Boston for families. It has approximately 68% less crime than other local Boston communities, making it a secure choice for people with children.

Along with peace of mind, people residing in West Roxbury love local activities at places like Millennium Park, where they can walk or jog along 6 miles of trails or launch canoes into the Charles River. The neighborhood is also recognized for Billings Field, which is a popular destination for local baseball and softball games.

There have long been debates about the origin of how this area got its name. These controversies vary between it being called after either a Native American tribe known as the Jameco or simply named after the well-known Caribbean island. Regardless, Jamaica Plain is a beautiful Boston neighborhood for families who want to live on the outskirts of the big city.

Most students living in the community attend Margarita Muniz Academy, the area’s popular high school. It is also the location of the large Arnold Arboretum of Harvard University, a free outdoor museum featuring various trees, plant life, walking tours, and more. More fun things to do in Jamaica Plan include the large Olmsted Park and the area of Jamaica Pond, which is a local lake surrounded by walking and running trails.

Choose From the Best Boston Neighborhoods for Families

The list above is a great place to start when deciding where to live in this fantastic city. As you look through the top neighborhoods in Boston for families, you are certain to find one that fits the precise needs of yourself and your children.

Once you find the right Boston community for your family, our team at Mass Bay Movers would love to assist with your transition. We have a crew of reputable Boston movers who know this area well and will handle all of your relocation needs. Call us today at (978) 587-3775 or fill out the Request a Quote form on this page to get a free moving estimate!