Boston is a gorgeous town with lots to offer! Between Harvard, MIT, some of the best hospitals in the world, and more, this city is one that many people flock to. With nearly 695,000 people living in Boston, it’s clear that this is a popular city to call home. However, just like any big city, it has its good and bad areas. When relocating to a city like Boston, it’s important to look at the different neighborhoods. The safe neighborhoods in Boston will provide you and your family security, and you won’t have to worry about your property or loved ones being harmed. One of the best ways to find out whether a neighborhood in Boston is safe is to look at the crime statistics.

Because Boston is a large city, it has its fair share of crime. The important thing to look at are the safe neighborhoods to avoid the crime. The good news is that compared to other large cities, Boston may not have quite as high of a crime rate. Here are some of Boston’s crime statistics:

If you want to view an interactive crime map of Boston, click here. You can also see reported crimes on the Boston police website here. This can help you see the safest areas in Boston as well as where each type of crime is occurring most frequently.

If you need a safe Boston community, crime stats can help you narrow it down. However, there are also a few other things you should look at, like the cost of homes, who is residing in the neighborhood, and which area is the best fit for you. Whether you need parks or close proximity to downtown, you can find it in one of the safe Boston suburbs.

One of the most expensive neighborhoods in Boston is also the safest. Beacon Hill is known for being really expensive, and you will pay a premium price for any home in the neighborhood. This is because it’s a historic neighborhood that’s absolutely stunning. With lights lining the streets and brick homes that were built decades ago, there is a charm that comes with this Boston suburb that no one can deny. You’ll find many retired individuals, business owners, professionals, and older families living here. The highest crime in this safe Boston neighborhood is property crime, but it doesn’t occur very often. 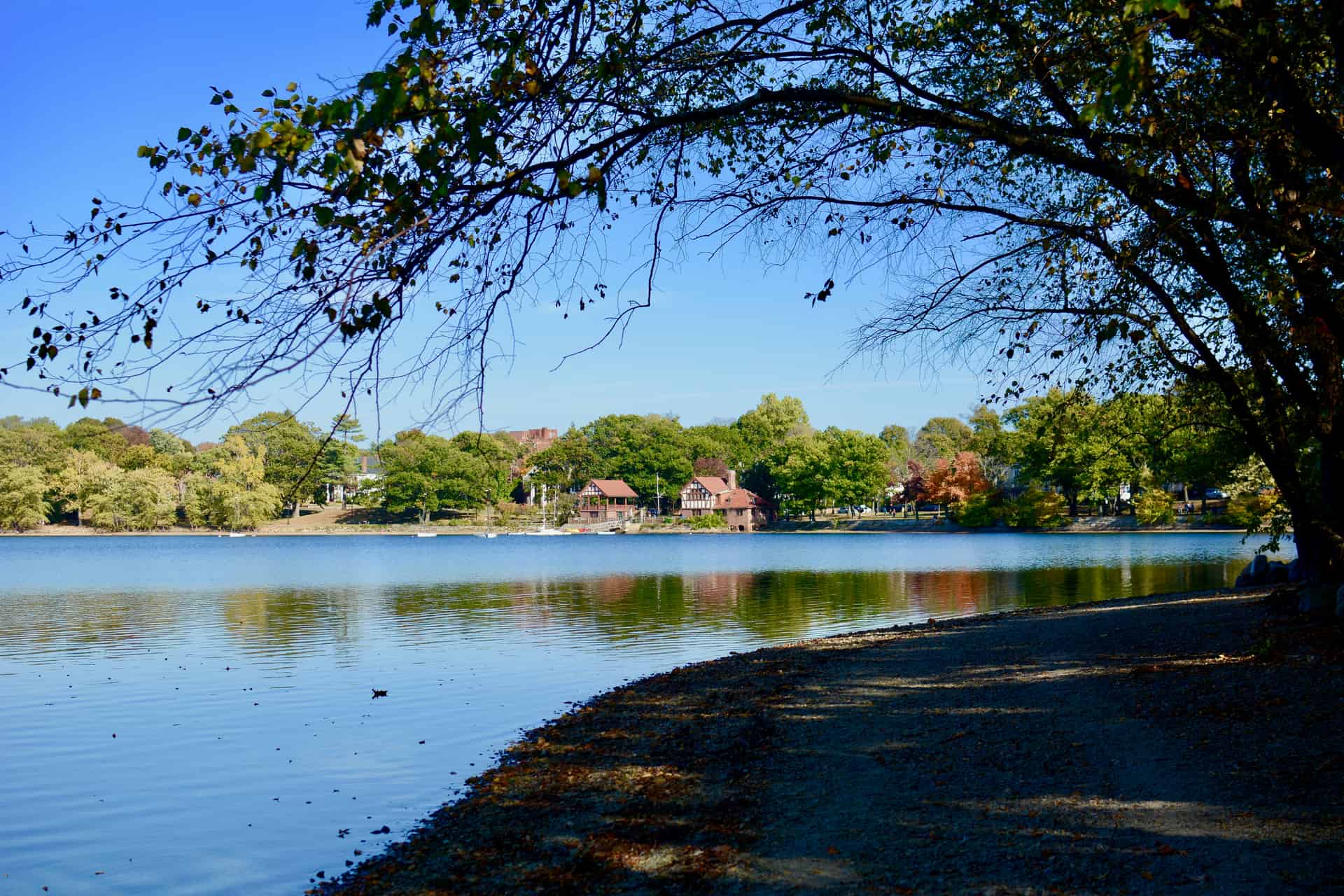 One of the things that people love so much about Jamaica Plain is that it’s a diverse neighborhood that’s very safe. There are green spaces and parks along the streets, the homes are a little bit larger, and they are more affordable than other parts of Boston. This is still an expensive place to live, but it comes with a diverse and rich history that other parts of Boston don’t have. Trails border Jamaica Pond, and you’ll often see families walking their dogs, biking, or just enjoying a stroll. Violent crimes in this neighborhood are a little higher than the national average, but much lower than Boston’s average. So, if you want your kids and property protected, this is a great place to live.

Those looking for affordable Boston neighborhoods that are safe will be happy in Hyde Park. It’s cheaper than living in other parts of Boston, but it’s still very safe. The homes are a bit smaller, and there are also many condos and townhomes available, making it even more affordable than other areas. It’s a bit further than other parts of Boston to downtown, and it’s actually the most southern Boston area. Much of South Boston has a bad reputation, but Hyde Park is the exception to that. Most people say it has the most “suburban” feel to it out of all communities in Boston, so if you want a traditional neighborhood, this is definitely the place to be.

Dorchester is considered to be the most diverse neighborhood in Boston. Along Dorchester Avenue are plenty of global cuisines, and it’s known for being a hot area for food and restaurants. It does have a bit more of a city feel, so there are more condos, apartments, and townhomes. However, there are still many kids in the area. There is a little bit of a disparity depending on the parts of Dorchester you’re in. Some areas of the community are high rise condos that are over a million dollars and other areas are small row houses that are more affordable. The close proximity to downtown and other high traffic areas make this one very desirable place to live.

This area of Boston is close to MIT. Because of this, it’s full of students and young professionals, including professors and those who work at the school. You won’t find many families here or adults that don’t work nearby. There is plenty of nightlife in this neighborhood along with good food. It does get pretty crowded with traffic because of its location. If you’re a young single adult or student, this is the best place for you! 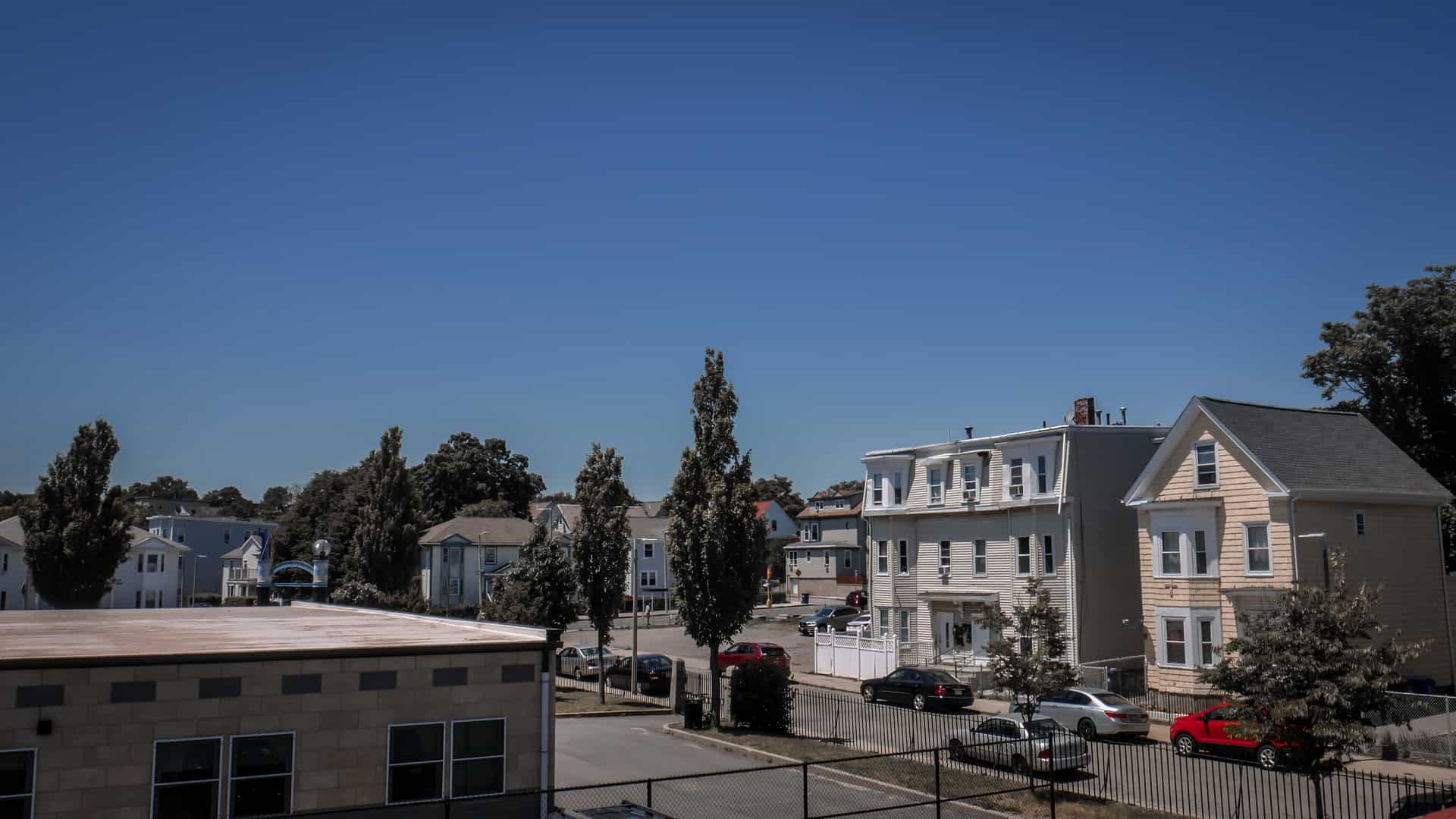 If you want to be away from the harbor, West Roxbury is the best place to be. It feels a lot more like a true neighborhood with homes that line the streets and far less city nightlife. It also doesn’t get as crowded, so it’s home to many families. It does make getting to downtown harder since it’s a bit further, so if you work downtown, this might not be the area for you. However, if you want access to good schools and diverse, safe neighborhoods in Boston, this is the neighborhood for you.

Downtown Boston isn’t considered to be too safe. You should use common sense while there and watch your surroundings.

Which neighborhoods should you avoid in Boston?

Is it safe to live in Boston, MA?

Yes, it’s safe to live in Boston, MA. Do your research for the safest Boston neighborhoods and avoid the unsafe ones.

Looking up the safest neighborhoods in Boston because you’re relocating there? Give our Boston moving company a call at 978-587-3775 for a free quote today. Mass Bay Movers has top-rated Boston movers for you!