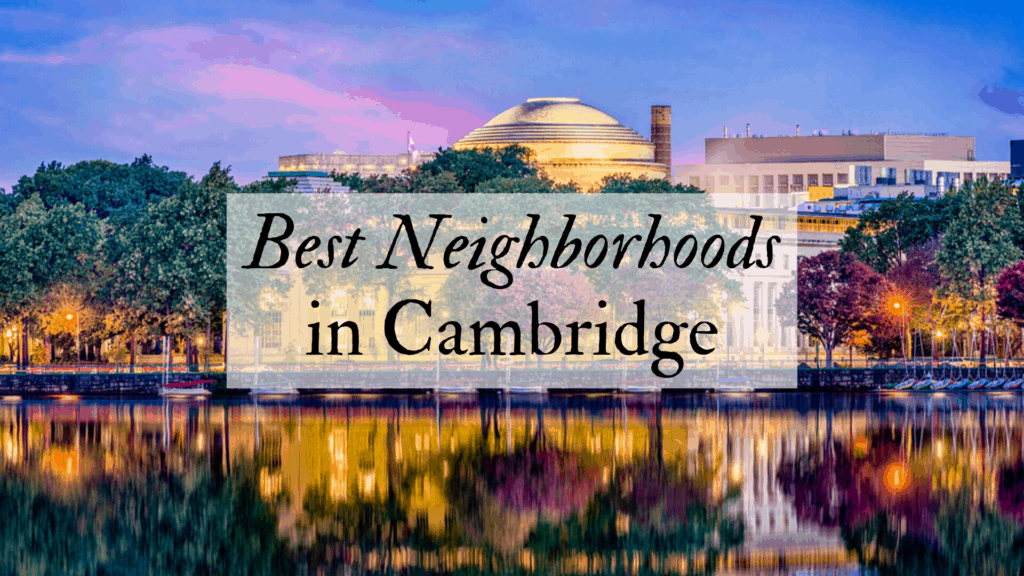 The Best Cambridge Neighborhoods | Where to Live in Cambridge (2022)

Are you looking for the best Cambridge neighborhoods before moving there? Usually choosing the city where you want to live is the easy part, but deciding the neighborhood and home can be an entirely different story.

But this guide is here to get your search started off on the right foot. With a list of the top 8 neighborhoods in Cambridge, you can see how many people live there, how much people make, neighborhood characteristics, and the estimated listing price averages for each community. We want to save you time from scanning through all the Cambridge neighborhood maps you can find and simply look through these options to see what your best choices are.

Home to the 3rd highest ranked college in the country by U.S. News, the Cambridge neighborhood surrounding the Massachusetts Institute of Technology is historic, clean, and classy. Since it was founded in 1861, MIT has been a highly desirable destination for students pursuing science and engineering degrees, as well as architecture, business management, and political science. 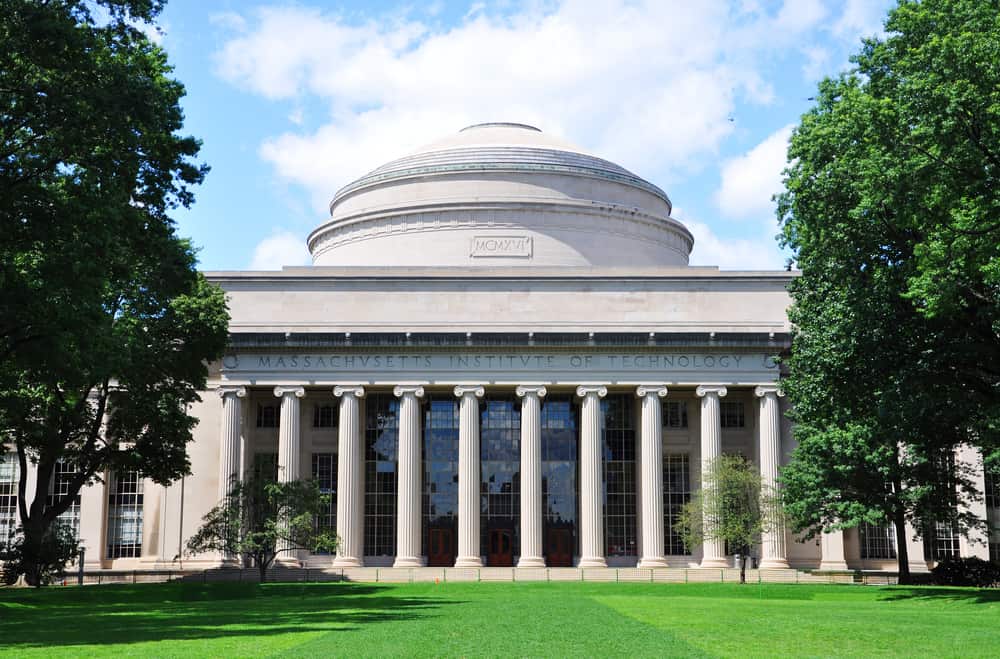 Although the school campus covers most of the area, there are a handful of nice homes and apartments to choose from. The neighborhood is surrounded by great places to eat and fun things to do including activities at Briggs Field, events at the Kresge Auditorium, or even a Red Sox game at Fenway Park only one mile away over Charles River.

Ranked one spot higher on the college rating list is the Ivy League school of Harvard University. Commonly recognized for its significantly competitive Law program, the university also features strong degrees in Biology, Social Sciences, Mathematics, and others.

Right up against the border of Somerville, you’ll find a variety of beautiful, historic homes and condos across this neighborhood in Cambridge, though they will come with a pretty hefty price tag. All around the campus are enjoyable activities ranging from museums and libraries to great local restaurants.

3. Cambridgeport – Southern Community Along the River

Located to the west of MIT, another one of the best Cambridge neighborhoods is the nice community of Cambridgeport along the Charles River. Once considered an industrial part of town, major developments have occurred recently to renovate and re-establish the area. There are multiple shopping areas and new homes that have been built over the past few years. 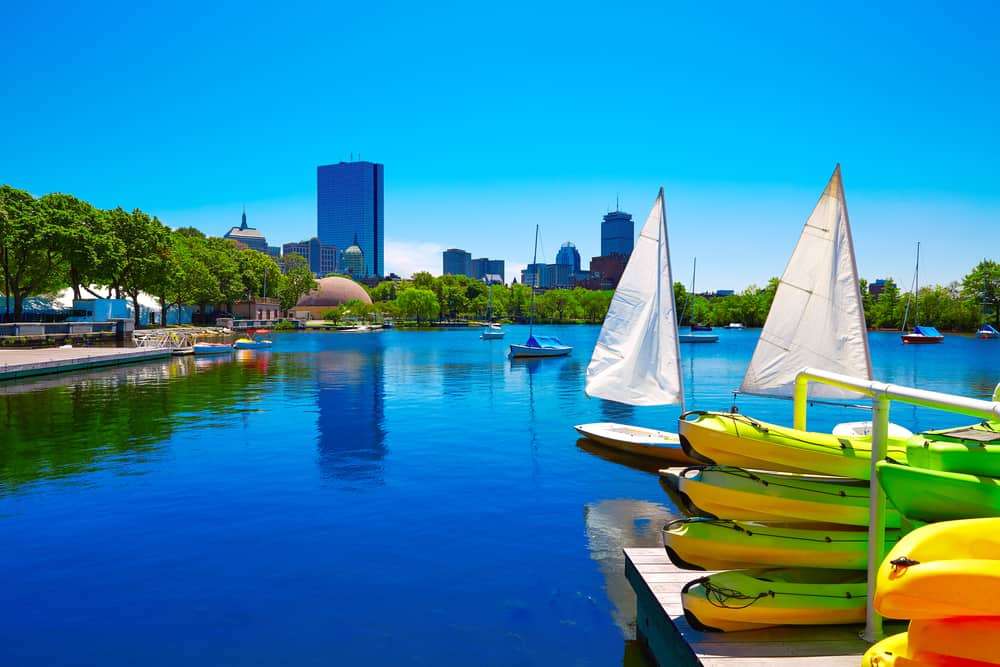 Parks are scattered all over the Cambridgeport neighborhood including Old Morse Park, Dana Park, and the large Magazine Beach Park, which features a public pool and outdoor gym area. Some of the most popular places to eat are Veggie Galaxy, The Mad Monkfish, and Clover Food Lab.

Most people will tell you that “affordable” and “Cambridge” aren’t often used in the same sentence. But some of the closest options you’ll get are in the community of Riverside. You may be able to find a small condo or townhome in the range of $500,000 at certain times of the year in this area.

Riverside is one of the best Cambridge neighborhoods for kids thanks to its local schools and places like the Peabody Terrace Children’s Center. And even as one of the smallest areas on this list, there are still plenty of attractions in the area such as Hoyt Field, Corporal Burns Playground, and Riverside Press Park.

Not to be confused with the city of Peabody, MA about 20 miles away, this Cambridge neighborhood can be found directly northwest of Harvard University’s campus. Apart from a few local businesses and Danehy Park, the Peabody neighborhood is mostly residential space. 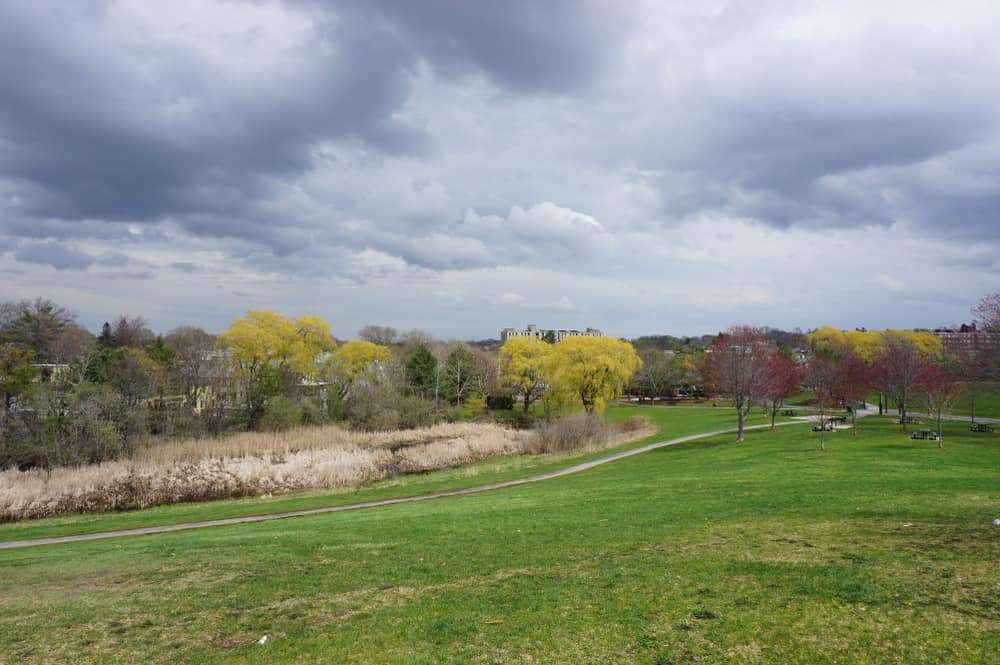 If you’re interested in renting a place, one of the top-rated apartment complexes in the neighborhood is the Walden Park Apartments. Danehy Park offers locals a wide range of fun activities including soccer fields, a small pond, and the Danehy Dog Park for those with fur babies who need some exercise.

At the northernmost point of Cambridge is the aptly named neighborhood of North Cambridge, which is right down the road from the city of Medford. With a handful of parks, fields, and schools sprinkled between the many houses, this is another one of the best Cambridge neighborhoods for kids. It’s a safe community with a range of enjoyable things to do.

Easily the top attraction in North Cambridge, the Porter Square Shopping Center located on Massachusetts Avenue offers a variety of both local and national stores from Café Zing and Henry Bear’s Park to Dunkin’ Donuts and Panera Bread

Arguably one of the best Cambridge neighborhoods that has the most going for it, West Cambridge holds the highest household income average and is also the safest neighborhood in town with the lowest crime rate. While you might be able to find a home under $1,000,000 in this area, a handful of large, expensive, and historic houses are often up for sale and raise the community’s average significantly. 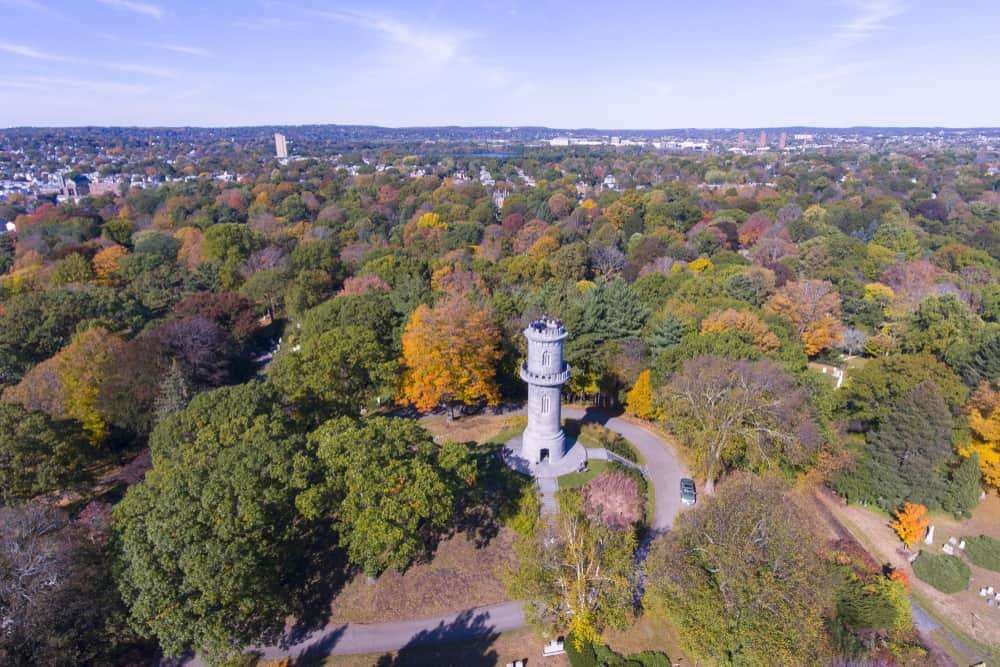 And while it may sound strange, one of the most intriguing things to do in the West Cambridge neighborhood is visit the Mount Auburn Cemetery, which features a beautiful array of gardens as well as the impressive Washington Tower. Other interesting attractions can be found at the Cambridge Historical Society, John F Kennedy Memorial Park, and the Longfellow House-Washington’s Headquarters National Historic Site.

8. Cambridge Highlands – One of the Smallest Cambridge Neighborhoods

Even as one of the smaller and more humble parts of town, the Cambridge Highlands community still has a median household income that is nearly $20,000 higher than the U.S. average. This Cambridge neighborhood rests right next to Fresh Pond with William G Maher Park in between.

Only about half of the Cambridge Highlands neighborhood is residential while the other half is local businesses, city schools, and restaurants. If you move to this area, make sure you grab a slice of pizza at Ma Magoo’s, eat some savory sushi at Genki Ya, or try Vietnamese-inspired street food at Bon Me.

Ready to Choose from These Cambridge Neighborhoods?

Once you’ve had the chance to review the amazing options available all over this great city, we hope it will be easier for you to decide what part of town is right for you. From Cambridge neighborhoods located around local college campuses to the more residential communities, there is sure to be a place for everyone.

And for anyone moving to Cambridge, our crew of professional movers would love to assist with your upcoming transition. Learn more about our top-rated relocation services by giving us a call today at (978) 587-3775 or fill out the Request a Quote form to get a free Cambridge moving estimate!