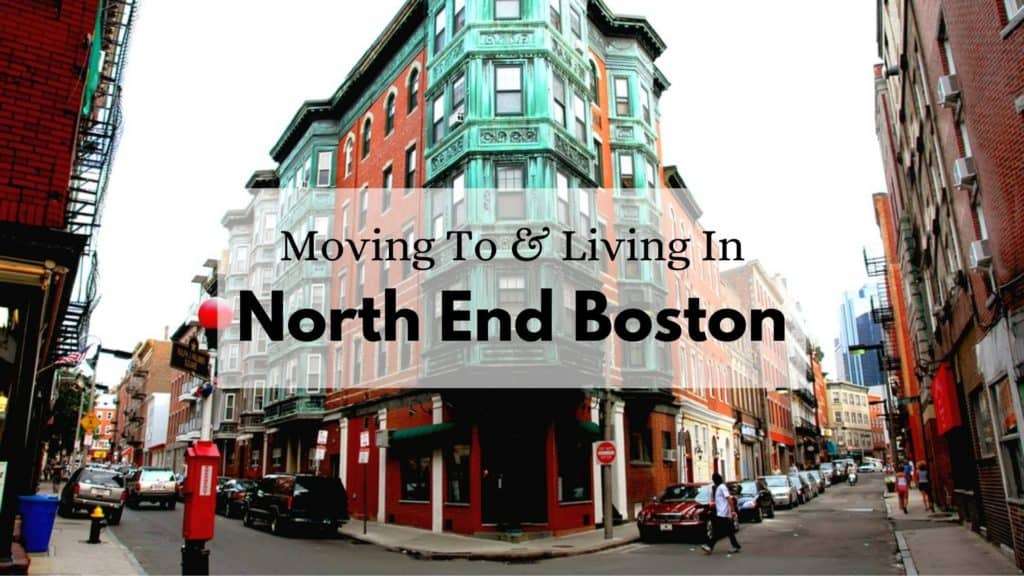 Boston’s North End neighborhood may be small in size, but it’s packed with history and activity. Known as Boston’s Little Italy, the North End is full of Italian restaurants, cafes, and bakeries. The streets fill with revelers during the feast season every summer. North End is a highly sought-after place to live, and popular among wealthy retirees and working professionals. Famous people from North End Boston include activist Paul Revere and the mother of John F Kennedy, Rose Kennedy. Moving to North End Boston could be a dream come true!

North End was founded as early as the 1630s, and is Boston’s oldest residential neighborhood. By 1649, the area had grown enough for its first church and community square, the North Meeting House and North Square, respectively. The Mather family, who were prominent in the Salem Witch Trials, were among the early North End residents. By the 18th century, North End was shared by the wealthy and working class alike. The neighborhood became a cornerstone of the American Revolution, with incidents like the anti-Stamp Act riot, the killing of Christopher Seider, and the “one if by land, two if by sea” signal to Paul Revere taking place there.

After the Revolution, North End continued to thrive commercially, though living conditions worsened. The neighborhood was home to Boston’s red-light district for a time, and the influx of immigrants in the 1840s caused extreme overcrowding. Many wealthy residents moved to the newly constructed residents in the Back Bay area. In 1849, North End was hit hard by a cholera outbreak – almost all of Boston’s 700 victims were from the North End. The mid-19th century also saw the Eliot School Rebellion and Boston Draft Riot in the North End neighborhood. Things began to improve in North End in the latter half of the 19th century, when residents formed charitable groups to help residents in need and revitalize the neighborhood.

Revitalization efforts continued in the 20th century, both thanks to North End residents and the city of Boston. The Spanish Influenza in 1918 and the Great Molasses Flood the following year were significant setbacks in the community. Years of infrastructure construction, including the Sumner Tunnel, John F. Fitzgerald Expressway, and Callahan Tunnel, led to population loss by the 1960s and 1970s. The recent Big Dig caused problems for the neighborhood as well. 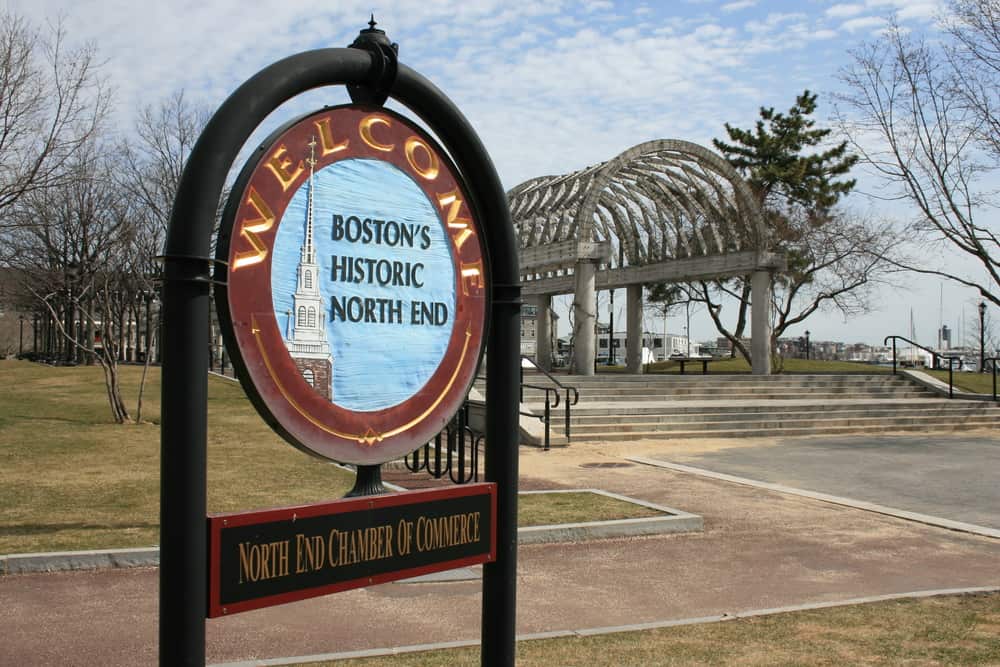 North End is located in northeast Boston, on the Shawmut Peninsula. The Mystic and Charles rivers serve as the neighborhood’s northern boundaries. Boston Harbor lies to the east, as do Commercial Street and Atlantic Avenue. North End stretches west to North Washington Street and Cross Street. The Rose Kennedy Greenway serves as the neighborhood’s southern border.  North End is bordered by Boston’s West End neighborhood to the west and the Financial District at its south side.

Like many Boston neighborhoods, those residing in North End can walk a lot. There is no MBTA subway station in North End, but there are several stations within easy walking distance, including North Station, Aquarium, and Haymarket.

Who Lives in North End?

North End has a population of 10,605 residents. The racial demographic breakdown of North End is 88.2% white, 4.7% Hispanic, 1.8% Black or African American, 3.3% Asian, and 2.0% Mixed/Other races. The largest ancestral groups in North End are of Italian (29.9%) and Irish (21.2%) descent. By percentage of the total population, North End has the highest percentage of residents of Italian descent in the entire Northeast region of the United States.

Almost 78% of North End residents have their Bachelor’s Degree or higher. Median household income in the neighborhood is $98,500. Top occupations in North End are business/finance, management, and sales related positions. The most popular industries in which North End residents work are professional/scientific/technical service, finance/insurance industries, and education.

Less than 6% of those living in North End have school aged children, possibly because the area is such a dense commercial and tourist area. However, North End Boston does have a few schools, including John Eliot Elementary, St. John’s School, and North Bennet Street School.

Things to Do in North End, Places to Eat, and Where to Shop

It’s impossible to be bored when moving to North End Boston! It might be less than half a square mile in size, but the streets are lined with great food, historic sites, and shopping.

North End is a history buff’s paradise. Boston’s famed Freedom Trail runs through North End from Blackstone and Haymarket Streets all the way to Cross Street. While walking the trail, tourists and residents can stop at the Paul Revere House, the oldest building in Boston where the historical figure lived from 1770-1800. Continuing along, the trail takes pedestrians by the Cyrus E. Dallin statue of Paul Revere, and on to the Old North Church. It was in this Church in 1775 that Robert Newman gave Paul Revere the famous “one if by land, two if by sea” signal. The final stop on the Freedom Trail within North End is Copp’s Hill Burying Ground, where over 10,000 Bostonians have found their final resting place; among them are the famous Mather family and Edmund Hartt, who built the USS Constitution.

Looking for a place to eat after your time on the Freedom Trail? You won’t have to look far, especially if you’re near Hanover Street. If you want to spot a celebrity, try the much-loved Arya Trattoria. For a sweet treat, try Bova’s Bakery – it’s open 24/7! If you’d like to take your dining experience home with you, eat at Bricco and stop by the restaurant’s store when you’re done! If you’re in the mood for some of Boston’s famous seafood, head to Neptune Oyster.

There’s plenty of shopping in Boston’s North End! The neighborhood is home to many fun gift shops, women’s clothing stores, and more. Bibliophiles will love I AM Books, which also serves as an Italian American cultural hub. Loft & Vine is a beautifully curated kitchen, garden, and home decor shop. Shake the Tree is another eclectic boutique with womens clothing, home decor and gifts.

Residents and visitors looking to unwind outdoors will have no problem in North End. Along the southern border of the neighborhood are the North End Parks, built over the O’Neill Tunnel on the Rose Kennedy Greenway. Spanning 3 acres, the parks offer walking paths and gorgeous waterfront views. The Christopher Columbus Waterfront Park includes a wonderful playground, open spaces for lounging or picnicking, and the Greenway Carousel. Langone Park, at the northwesternmost corner of North End, is another favorite place where residents play bocce, and children can enjoy a community playground.

List of Things to do and see in North End – Boston 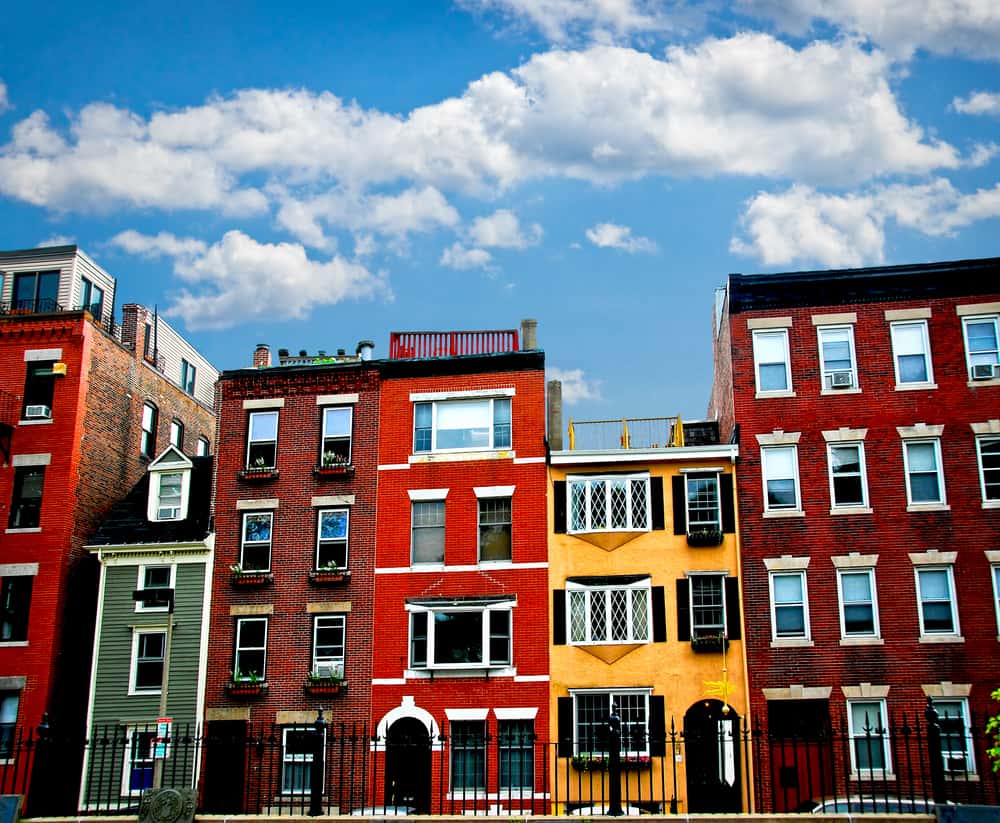 North End is among the most expensive neighborhoods in Boston for renters. Rent in nearby Beacon Hill averages at $3,417, well above the city’s average price of $2,753. Rent in Boston has gone down by almost 15% in the last year.