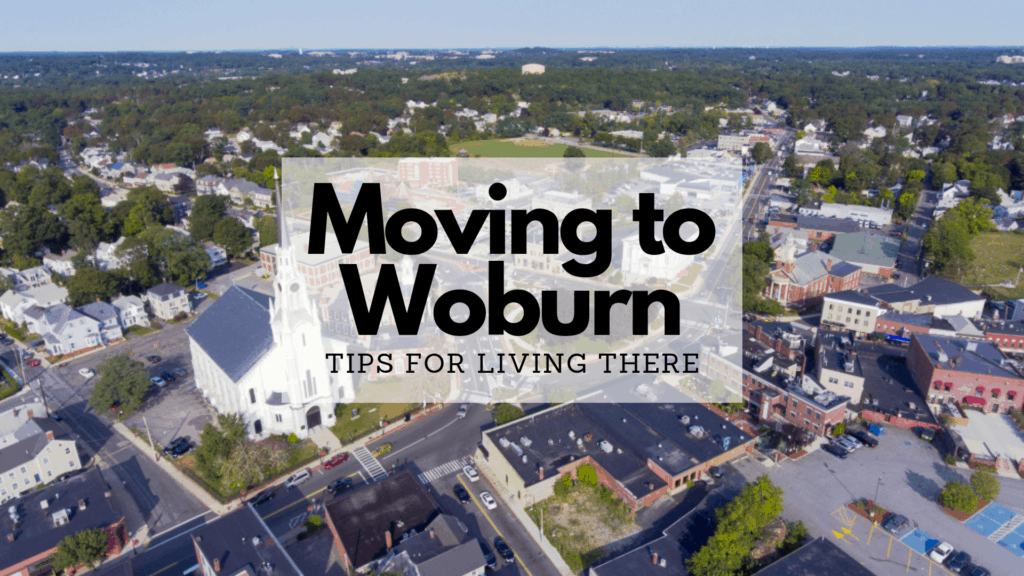 Nine miles north of Boston rests the quiet suburb of Woburn, MA. An area that has long been a part of American history, this small town has seen steady growth over the years and continually attracts new residents looking for easy access to the big city.

If you’ve been contemplating the option of moving to Woburn, this guide is exactly what you need. It covers everything you’ll want to know including the cost of living, neighborhood options, things to do, and more. Check it out!

1. The City of Woburn and Its People

Back in the year 1640, what is now the small 13-square mile city of Woburn was once a much larger area that encompassed nearby towns like Burlington, Stoneham, Wilmington, and Winchester. It wasn’t until the late 1700s and early 1800s that these other towns split off and incorporated as their own cities.

Over the years, the Woburn population has seen slow, but consistent, growth and currently plays host to about 39,800 local residents. During that time, it has been home to a number of professional athletes including ice skater Nancy Kerrigan and Olympic hockey medalist Courtney Kennedy. Self-proclaimed “Woburnites” who still call this city home enjoy a strong American History and a safe lifestyle.

Woburn is an old town that was incorporated back in the mid-17th century. While not many buildings still stand from that timeframe, the area still has a number of beautiful structures that can be found on the National Register of Historic Places.

Once such example is called the 1790 House, which you can probably take a wild guess as to when it was built. Also known as the Joseph Bartlett House, it was designed and constructed for an accomplished lawyer who eventually sold it to the highly respected American engineer, Col. Loammi Baldwin. A statue of Baldwin stands on Main Street just north of the Yankee Division Highway. 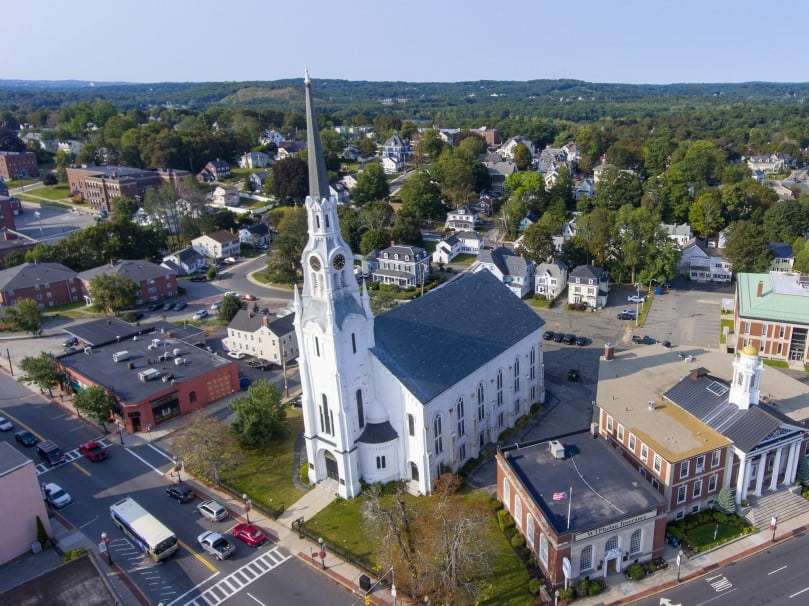 The building that stands out the most when looking across the city landscape is the First Church of Woburn (pictured above). The large, white church was constructed based on an Italian style back in 1860 and stands nearly 200 feet tall.

Another one of Woburn’s most impressive structures is the historic Winn Memorial Library. The brownstone library was completed in 1879 by a prominent American architect named H.H. Richardson. As a complement to the thousands of books in the library, you’ll also find a large amount of local artwork dating back to the same time period.

3. Things to Do and Restaurants in Woburn

Now if you are looking for things to do while living in Woburn, there a few places we’d recommend you start. For anyone who enjoys arcade games, great food, and family-friendly fun, a visit to the local Dave & Buster’s is an absolute must. Stop by to eat, play games, shoot some pool, or even just kick back and watch a sports game.

When you’d rather enjoy the nice weather outside, one of the most popular activities around town is visiting Horn Pond. Considered by many as a hidden gem of the Boston metro area, the area surrounding the pond offers activities ranging from kayaking and fishing to birdwatching and hiking.

While Dave & Buster’s is a great place to eat, there are a wide variety of other great restaurants in Woburn. Polcari’s is a local pizza joint owned by its mother company Regina Pizzeria, serving fresh slices, Italian dishes, and delicious drinks.

Sushi fans will absolutely love Maki Maki, a Japanese restaurant known for its contemporary style and all-you-can-eat sushi menu. And anyone out there who is looking to try something new should head over to Tudo Na Brasa for some mouthwatering Brazilian-style barbecue.

The cost of living in Woburn is fairly low for the area, especially compared to Boston metro. Residents enjoy an affordable healthcare system with about 17% savings compared to the national average. Even with a higher median income than Boston, the city of Woburn also has lower housing costs.

Over the past year, the local housing market has risen about 2.4% setting the average cost of a home in Woburn around $483,700. These numbers aren’t expected to fluctuate much over the next 12 months.

The leasing prices for homes in Woburn have seen an increase over the last few years and more people are deciding to purchase property instead of renting. The average cost of rent is up to about $1,667 per month for a one bedroom studio and around $2,661 for a four to five bedroom home.

Woburn has been recognized as one of the safer neighborhoods around Boston, leaving quite a few options for living arrangements. One of the most beloved communities is the affluent neighborhood of Shakerhill, which can be found on the southwest corner of town. 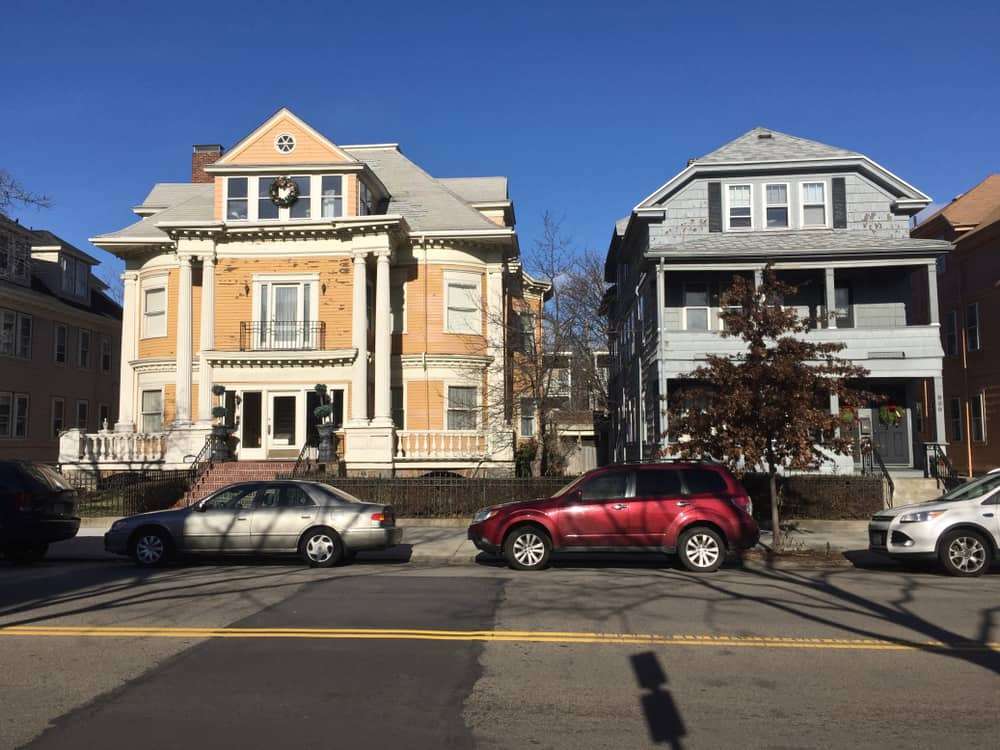 If you’re looking for a place on the east side, be sure to check out Walnut Hill, next to the most concentrated commercial area of the city. You’ll also find a handful of great places to live up north around Halls Brook.

Woburn can be found in Middlesex County and covers zip codes that include 01801 and 01890.

With a median age in the city of over 40 years old, you won’t find a surplus of schools in Woburn. The area is home to only one high school, Woburn High, which hosts about 1,300 students each year.

While there are no colleges within Woburn borders, the nearest secondary school is Tufts University, which is only about six miles to the south in the city of Medford.

The unemployment rate in the area is currently less than 3%. Woburn jobs cover a variety of fields and numerous companies are frequently hiring new workers. The largest employer in the area is the main distribution center for Marshalls, the popular discount retail chain, which employs thousands of team members in the area.

Another company in town is the Necc Corporation, a rapidly growing facilities services company with some great job opportunities. Then, there is Parker Chomerics, the city’s largest manufacturing company which creates electromagnetic interference (EMI) materials and other thermal interface supplies. You’ll also find numerous employers in construction, property management, IT, and other industries.

The Boston metropolitan area can get pretty cold, but people living in Woburn also enjoy comfortable summers during the warmer months. Winters can reach temperatures as cold as 15°F with highs in the mid-30s during that time. If you’re not already from the area, you’ll also want to prepare for up to 52 inches of snow per year, about twice as much as the national average. 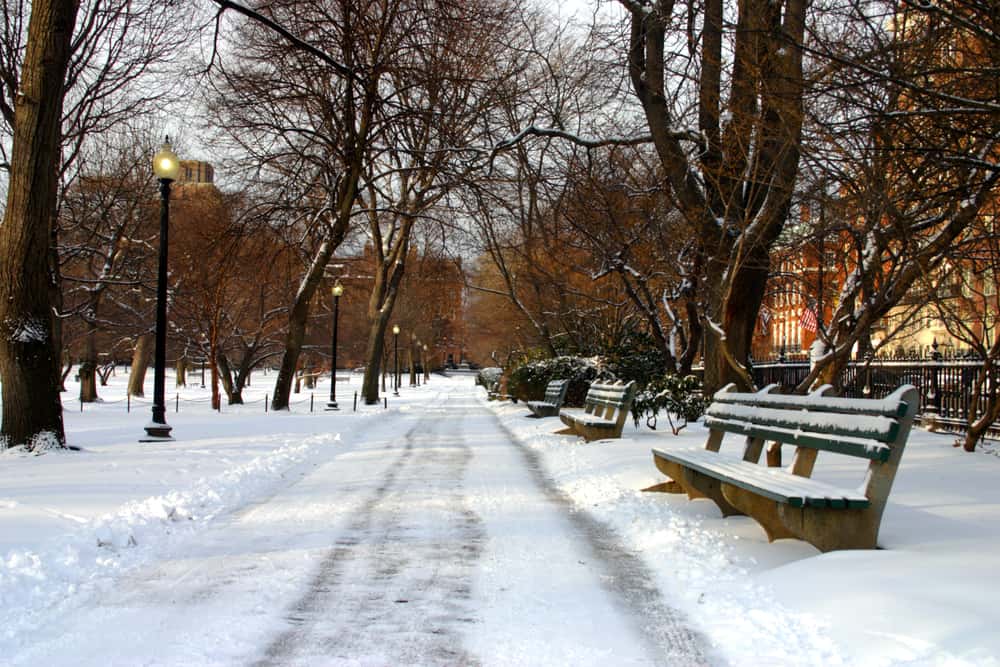 Towards the end of winter, you’ll likely find yourself wishing for the warm sun to melt all the snow. And when that time comes, summers warm up to between the low 60s and mid-80s. The area also sees about 49 inches of rain sprinkled in throughout the year when it’s too warm for it to freeze.

Tips for Moving to Woburn

If you’re thinking about living in Woburn, there are just a few things to keep in mind:

For anyone who is interested in moving to Woburn, we’d love to be the moving company to help you. Mass Bay Movers completes more than 1,000 relocations every year and sports a remarkable 98% customer satisfaction rate. Our crew is highly trained in every style of transition to ensure your move is easy and safe.

Give us a call today at (978) 587-3775 to learn all about our professional moving services or fill out the Request a Quote form above to get a free moving estimate.