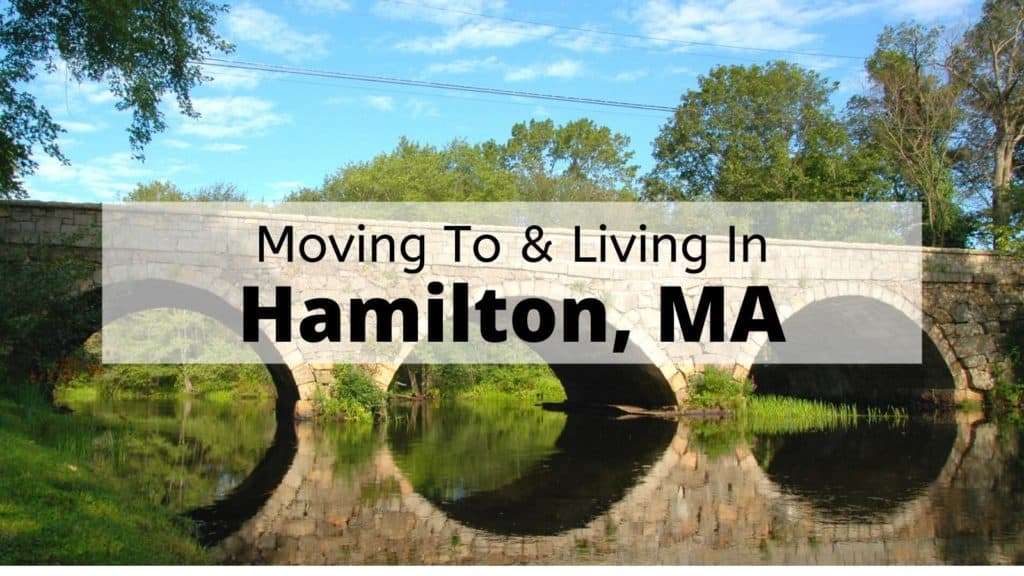 Hamilton is a lovely rural-suburban landlocked town within the Massachusetts North Shore region. Considering this, Hamilton provides close and easy access to the Atlantic seashore where an array of beaches, boating, and reservations are available. As a part of Essex County, the family-friendly town Hamilton is a suburb of Boston and is known for its beautiful horse farmland and rich equestrian heritage. The city of Hamilton shares a school system, recreation department, and library with the neighboring town of Wenham. Unsurprisingly, the Boston Magazine listed the Hamilton-Wenham area to be among the “Best Places to Live.” Residents living in Hamilton, MA get to enjoy the town’s numerous parks, restaurants, hiking trails, an excellent school system, and several small locally-owned businesses. Hamilton, MA was first settled in 1638 and was formerly known as “The Hamlet.” It later became incorporated in 1793 and was named after the founding Father of the United States, Alexander Hamilton. In more recent years, Hamilton has been home to several notable people such as the comedian and musician, Bo Burnham, and the American actor, David Morse. Even General Goerge S. Patton lived in Hamilton and left the Patton Homestead for his children. The quiet and peaceful town of Hamilton is just a short drive from numerous different beaches as well as being less than an hour’s drive from downtown Boston.

According to the U.S. Census, Hamilton has a population of 7,561 whereas the residents have a median age of 40.8. The median household income in Hamilton sits at $115,203 which is $30,818 more than the state median. Additionally, Hamilton has experienced a 4.0% job increase in the last year which is good news for the 4.8% unemployed.

The racial demographics in Hamilton are mildly diverse with whites taking up 89.2% of the population, Asians taking up 6.1%, and Hispanics and blacks at 1.6% and .3%. Likewise, 51.9% of the Hamilton population are female which leaves a remaining 6.1% male.

According to the FBI living in Hamilton will give you a 1 in 299 chance of becoming a victim of crime– the state average is 1 in 66 which is significantly higher. Hamilton also has a crime rate of 334 per 100,000 residents which certainly beats the U.S average crime rate of 2,477. With that being said, Hamilton, MA is a very safe town to live in and raise a family. Nonetheless, in the case of an emergency or unwanted situation, all 13 sworn officers of the Hamilton Police Department will be there to back you up in no time.

Cost of Living in Hamilton, MA

To have the most financially-comfortable life in Hamilton, a family of four in Essex County should be earning around $115,870 according to the Economic Policy Institute. Hamilton, MA has a cost of living that’s a bit higher than the state itself– but the town’s charming landscapes, excellent proximity to the North Shore, and high quality of life make it all the bit worth it. Hamilton has a sales tax of 6.25% and an income tax rate of 5.1% which is higher than the U.S. average income tax of 4.6%. According to Redfin, Hamilton has a median house price of $845,000– that’s $213,255 above the median for Massacutes. If renting a place is your plan of action, the average monthly rent in Hamilton is anywhere from about $1,300 to $3,000.

Below is Numeo’s list of everyday expenses in Boston, Massachusetts. Considering this, the prices in Hamilton may be higher than the prices below.

Many neighborhoods in Hamilton are encompassed by historic and pastoral landscapes, old stone walls, and tree-lined streets. The northeastern area in Hamilton is often the most desirable whereas the northwestern areas tend to be the most affordable. The northwest of Hamilton, also known as Asbury Groove, will bring you close to a state park, a wildlife sanctuary, and the Turner Hill Golf Club. The town is also home to South Hamilton– the southern side of Hamilton that has a different zip code from the rest of the town. This part of town will provide you with close access to several restaurants and the Myopia Hunt Club.

When you’re commuting to the large downtown, the distance from Hamilton to Boston is 30 miles which will take you south on the road for about an hour. If you wish to settle down here, try looking online for homes for sale in Hamilton, MA. Where you choose to be, all areas in Hamilton are bound to provide a peaceful and safe atmosphere for its future residents.

Hamilton, MA experiences freezing and snowy winters with lows of 18 degrees Fahrenheit whereas the summers are warm with highs of 80 degrees Fahrenheit. This makes excellent weather for Hamilton residents to go for a hike at the town’s numerous hiking trails! You’ll be needing a shovel and snow boots for the 44 inches of snowfall during the year– but at least you won’t ever have to worry about being rushed to the hospital due to heatstroke. You will, however, get 201 days of sunshine in Hamilton and 48 inches of annual rainfall. With summer as the most pleasant season, the best months to visit Hamilton, MA are in June, July, and August.

Things to Do in Hamilton, MA

Hamilton, MA is home to an array of amenities and places to go– especially when related to the outdoors. When you’re in the mood for shopping, The Shoppes at Hamilton Crossing is the place to be! Take a look below at more things to do while in Hamilton, MA!

This 721-acre public recreation area in Hamilton surrounds the Ipswich River and is home to rolling meadows, open fields, mature woodland with an abundance of wildlife, and lovely pine-needled paths. You can come here for hiking trips, bike rides, and even horseback riding on the old carriage roads!

The Appleton Farms in Hamilton is the oldest operating farm in the country and features outdoor events, hiking, a store, and plenty of grazing livestock. This is a perfect place to take the little ones to admire livestock and stroll past crop fields!

The parks and outdoor facilities in Hamilton are maintained by the city’s Recreation Department. You can also check out Hamilton city news here.

This top-rated American restaurant serves signature cocktails and quality food including sushi, BBQ, burgers, and much more! If you’re looking for a place with tasty eclectic fare and cozy seating, this is the place to go!

With everything from delicious scallop casserole to hot turkey sandwiches, this tasty American restaurant in Hamilton is a can’t-miss! You’ll be provided with great prices, a wide selection of food, and an overall excellent atmosphere!

For those hoping to start a career, the average base salary in Hamilton is $63,000 whereas the average hourly rate sits at $20.79 according to Payscale. The mean travel time to work for residents in Hamilton is 33.9 minutes. Some of the top employers in Hamilton include accounting, estate, and education fields and a few of the most popular employers are Beth Israel Lahey Health, Deloitte, and Boston Public Schools Office of Human Capital. If you’re seeking employment, try looking online for jobs in and around Hamilton, MA.

The town of Hamilton is served by the top-rated Hamilton-Wenham Regional School District which is shared with the neighboring town of Wenham. The district has over 1836 students and a student-teacher ratio of 13-1. Hamilton is home to two elementary schools and one middle school whereas the high schoolers in Hamilton attend Hamilton Wenham Regional High School. The town is also home to one private secondary school known as Pingree School.

Whether you’re a student moving into the area or a retired citizen on the lookout for a new novel, the Hamilton-Wenham Public Library will serve you most days of the week.

Hamilton of Essex County has a land area of 14.9 square miles and a population density of 507.4 people per mile. The town of Hamilton has a 49-foot elevation and the zip codes ranging from 01936 to 01984. With the areas codes 351 and 978, Hamilton, MA is in the Eastern Time Zone. When you’re wanting to travel by air, the nearest international airport to Hamilton is the Boston Logan International Airport which is about 25 miles south.

You can find more places to go with this map of Hamilton, MA below!

Pro: The beautiful horse-lovin’ landscapes are what makes this town so peaceful and homey.
Pro: Enjoy the town’s close proximity to downtown Boston!– It’s not too close yet not too far!
Con: Be prepared for a cost of living and real estate that’s higher than average.

Ready to begin living in Hamilton, MA? Reach out to Mass Bay Movers at 978-587-3775 for the best Hamilton, MA moving services in the region!