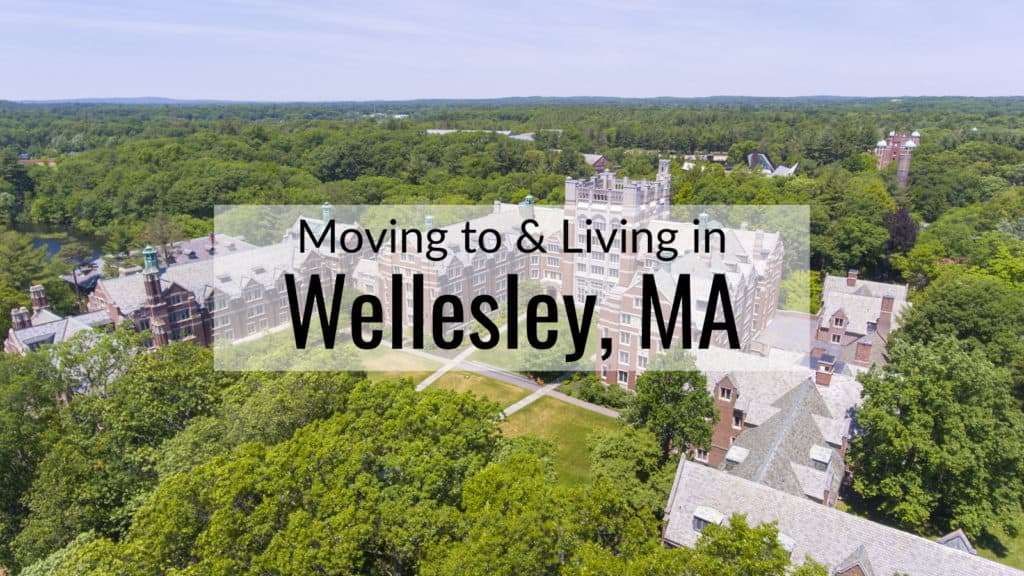 In Norfolk County, lies one of the most beautiful towns in Massachusetts, if not the entire country. Wellesley, MA is a place with culture, history, and class, and the residents here have the money to prove it. Rated as the seventh most wealthy city in the entirety of the United States, Wellesley has been and currently is, home to all kinds of famous people. US senators, authors, artists, musicians, and more people from the upper crusts of American society have chosen to make their homes here. Wellesley’s history stretches all the way back to the initial English settlement of America, where it was settled as part of Dedham in the 1630s. Now, Wellesley is home to some of the most beautiful homes and best institutions of learning (including Wellesley & Babson Colleges) in the continental United States.

With a population of 29,201 in Wellesley’s ten square miles, coming out to a distribution of about 2,900 residents per mile. You might actually be surprised to learn that Wellesley’s population is fairly young, despite it’s affluent nature. With an average age of 35.6, the age of the average Wellesley resident is about 10% less than the rest of Massachusetts. Additionally, the largest age group here is 10-19 years of age, taking up 23% of the town’s population. Racially, Wellesley is 77% white and 12% Asian, but also has small black, Hispanic, and bi-racial communities. Wellesley encompasses the zip codes of 02481 and 02482 and its area codes are 781 and 339.

Thinking about moving to Wellesley but worried about crime? In short — don’t be! Wellesley has an A+ safety rating on AreaVibes, with total crime being 82% lower than the United States average, and violent crime is 89% lower. Needless to say, Wellesley is a very safe place to live.

Cost of Living in Wellesley, MA

All that luxury and class comes at a cost. Wellesley has a cost of living that is almost double the national average (96%), with housing costs being almost quadruple, at 291%. The median cost for a home in Wellesley is $1,090,400, while the average household income is $188,908. You’ll be paying a premium to live here, but some costs are worse than others. For instance, groceries in Wellesley are only 4% more expensive than the average, transportation is only 11% more costly, while you can expect to pay 41% more for your utilities than other places in the US.

If you’re planning on renting in Wellesley, perhaps while attending one of Wellesley’s highly acclaimed colleges, you should use the Boston average of $3,014 per month as a baseline. Expect to pay additional amounts on top of that, though, as low-cost housing is about as rare as unicorns in this town.

Wellesley has the second highest concentration of people with master’s degrees in the United States, and its excellent education options reflect that. Wellesley is served by the Wellesley School District, which not only is home to some of the very best schools in Massachusetts, but also hosts plenty of events and camps to enrich your child’s educational experience. Schools like Joseph E. Fiske Elementary School, Wellesley Middle School, and the Wellesley High School, which was recently voted as the 70th best high school in the nation, will make sure your child skyrockets to success.

Interested in higher education in Wellesley, MA? You’re in luck, because Wellesley is home to some of the best and brightest private liberal arts colleges in the entirety of America. For instance, the women’s only Wellesley College is ranked as the third best liberal arts college in the United States, and is renowned for having alumni such as Hillary Clinton and Madeleine Albright. The Babson College is another example of a highly acclaimed campus right here in Wellesley, one of the USA’s top business schools which boasts all kinds of Fortune 500 CEOs as alumni. Needless to say, Wellesley has some of the very best education in the nation on offer.

If you’re planning on living in Wellesley, be sure to pack warm for the winter! While summer month highs are in the comfortable range of the mid-80s, winter month lows often dip down to 16.7 degrees Fahrenheit. Plus, Wellesley is humid, and gets significantly more rain and snow than most places in America. You can expect about fifty inches of rain and snow each year, more than the 38.1 inches of rain and 27.8 inches of snow on average for the United States. If you’re planning on visiting Wellesley, the best time would be during August, where the temperature is most comfortable, and rain showers are less common.

Being so compact (Wellesley only takes up about ten square miles, after all), you might think that Wellesley has no options in terms of neighborhoods. However, there is plenty of choice when it comes to great neighborhoods in Wellesley!

Located right in the center of town, Wellesley Hills is a great community to be if you want to be right at the heart of the action! Covering most of the central area of the town, you’ll find everything you need a few steps outside your home, while still enjoying the luxury Wellesley has to offer!

If you’re interested in Wellesley MA real estate, you can do so here. No matter what you end up choosing, you can be assured that it’ll be some of the finest property in the continental United States.

It’s hardly any secret that to live in Wellesley, you’re going to need quite the financial base. You’ll be glad to know that Wellesley’s wages have been increasing, albeit at a snail’s pace, and hardly enough to keep in step with Wellesley’s astronomical cost of living. The average yearly salary here is $66k, while the average hourly wage is $20.86. Unsurprisingly, two of Wellesley’s biggest employers are the Wellesley College and Babson College, as well as Harvard Vanguard Medical Associates.

If you’re considering moving to Wellesley, you probably already have a significant source of income in order to even breach Wellesley’s absurd home prices. However, those looking to make a living here should highly consider education, particularly in the fields of the various sciences. Senior data scientists, for instance, make a salary of up to $128k.

If you’re interested in seeing open positions in the Wellesley job market, you can do so here.

Things to Do in Wellesley, MA

If breaking the ice with the movers and shakers of America somehow isn’t enough to keep you entertained, don’t worry! There are plenty of great attractions in Wellesley! If you need to get your shopping done, places like Linden Square are just as luxurious and expansive as the rest of Wellesley, but there’s also plenty of other fun things to do here!

Sporting pieces of art originating from antiquity to the modern day, the Davis Museum at the Wellesley College is a treat and Wellesley point of interest for art lovers! Tour the site and see some of the greatest art humanity has to offer.

The Elm Bank Horticultural Society is one of the oldest of its kind in the United States. A beautiful garden estate with all kinds of trails and precious and rare plant life, Elm Bank is a great Wellesley activity with kids, family, and friends that’ll let you relax and enjoy nature.

Places to Eat in Wellesley, MA

A family-friendly, authentically Italian restaurant, this joint is sure to please any Italian foodies in the Wellesley area. With real Italian master chefs, you can’t get any more authentic than Papa Razzi!

Juniper is a luxurious eatery serving Eastern Mediterrenean dishes in a cozy little place furnished with flea market-sourced decor. Serving all kinds of dishes, traditional and experimental, this place is sure to please any kind of palette!

Tips for Moving to Wellesley, MA

Planning to take the last step and make Wellesley your home? At Mass Bay Moving, our expert Wellesley movers will make sure your transition is a breeze!