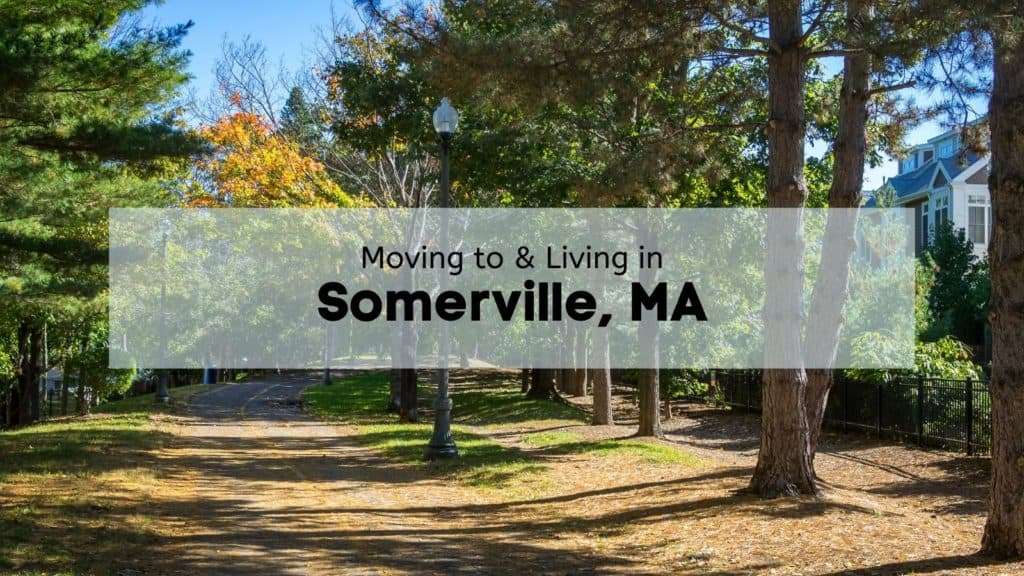 Somerville is a dense urban extension of the metropolitan area to Boston’s immediate northwest, located in Middlesex County. Primarily known as a hip and trendy area of the wider Boston metropolitan complex, being home to lots of universities and tech companies, but it had its start just when America was first being settled by the English. First settled nearly four hundred years ago in 1629, the area was initially part of Charlestown, but later became entwined with Boston as it grew. Somerville was a very popular area for Italian, Irish, and Salvadoran immigrants, but more recently, the introduction of tech companies in the area has led to an influx of young professionals that have turned the area into the hipster paradise it is today. Somerville is also home to several notable people, such as comedian and musician Neil Cicierega and actor and NFL player Howie Long.

The city of Somerville has a population of 81,358 distributed over 4.1 miles at a population density of about 19,800 people per square mile. The median age here is 32.6 , which is about 20% lower than the Massachusetts average of 39.7. The median household income in Somerville is $100,643, about 20% higher than the average household income for the state of Massachusetts, being $85,843.

Somerville’s demographics indicate a population that is primarily Caucasian, with whites, a significant group of which are heritage Irish and Italians, making up 66% of Somerville’s population. There are also small Hispanic and Asian communities, being 13% and 12% of this community’s population respectively. Somerville’s gender ratio is slightly skewed, with 53% of residents being female.

Somerville’s zip codes are 02143, 02144, and 02145, while the area codes are 617 and 857. Somerville is almost in Boston itself, with Boston’s center being only a ten minute drive from the community. Getting to Boston is easy in Somerville!

Cost of Living in Somerville, MA

As you might expect of a hip and trendy urban area known for its tech industry, living in Somerville isn’t cheap, with the cost of living here being 62% higher on average than other places in America, according to Payscale. Homes in Somerville will cost you around $941,412, which is almost triple the national average. If you choose to move to Somerville, you’ll find that you’ll be paying more for things like groceries and transportation, and utilities. Somerville’s renting is similarly expensive, with the average rent in Somerville being $2,775.

Somerville’s pretty heavy on your wallet, sure, but in terms of opportunity and safety combined into one hip package, Somerville is a unique, great deal!

Somerville is served by the aptly-named Somerville School District, home to eleven different schools within city limits. While limited, there are several fantastic institutions here to put your child through for their education. Some highlights in terms of local schools include the Benjamin G. Brown School, with a 9/10 rating, and John F. Kennedy Elementary School, with an 8/10 rating. Rest assured, your child will be in good hands during your stay in Somerville!

It should be of no surprise that Somerville’s climate mirrors much of the north-eastern coast. Summers are nice, but winters can be quite frigid. You can expect lows of 19 degrees Fahrenheit during the winter months, and highs of 82 degrees Fahrenheit during the summer months. Somerville experiences more than the average amount of rainfall when compared with the rest of the United States, with 48 inches per year as compared to 38. It also experiences more snow than the national average, with 51 inches as compared to 28 inches. The best times to visit Somerville, in terms of comfort rating, are June and August.

Somerville may be compact, but have no fear! Somerville is jam-packed with plenty of fantastic communities to ingratiate yourself into. Check out some of your neighborhood options below:

Somerville, unlike most urban centers, does not have a concentrated “downtown” but instead has its businesses and institutions spread out all over the place, which means you’ll never have to worry about being too far from employment! Take, for instance, Assembly Square, which was a downtrodden former industrial neighborhood up until a recent revitalization, which brought tech companies and modern amenities to the old area. If you’re looking for something a little less nouveau riche, Spring Hill is an old-fashioned residential neighborhood with lots of old architecture.

If you want to make yourself a part of any of these communities, you should check out the latest listings for homes for sale in Somerville, MA.

Those planning on making a living in Somerville should know that wages have been fairly static while cost of living has increased, according to Payscale. The most popular positions of employment are Software Engineer, Mechanical Engineer, and Project Manager. The largest employers in the area are Partners Healthcare Inc, Tufts University, and Triumvirate. The average salary for a worker in Somerville is $73k a year, while the average hourly wage is $20.52.

Things to Do in Somerville, MA

All those “hip” and “trendy” buzzwords don’t mean anything if there isn’t anything to do around here! Luckily for you, there’s plenty of fantastic attractions, for adults and for the family, as well as lots of shopping to be done! Check out shopping centers nearby like the Assembly Row shopping complex for all your shopping needs! You should also check out some of the best things to do in Somerville, MA below:

Want something that’ll keep both the kids and yourself entertained? The Legoland Discovery Center is just the place for you! Conveniently located just between Boston and Somerville, the Discovery Center offers 4D experiences, rides, and a gift shop to wow the little ones. This is sure to be a hit with your kids!

You might not expect it, but there is actually hiking, or trail-walking more accurately, to be done in this urban community! Sylvester Baxter Riverfront Park is on a river, as the name implies, and has a boardwalk for excellent views of the water. Additionally, it has a multitude of trails and a kid’s playground for your little ones.

Places to Eat in Somerville, MA

Alongside its host of things to do, Somerville is also home to plenty of great eats! Check out some below:

Describing itself as an “upbeat” establishment, this joint in Somerville is unique in the area for offering Southern-inspired comfort fare with a modern twist. It also features an excellent bar with excellent and creative cocktails, as well as a stage for live music, which is often played here. Whether it’s you and your friends, or your family, Highland Kitchen is an excellent place to stop by!

If you need a drink, there’s hardly a better place in Somerville than Five Horses Tavern! Drawing crowds daily due to their large and varied selection of excellent draft beers and high quality whiskeys, this establishment with a large patio is a popular watering hole for many Somervilians.

Ready to take that last step and start your journey to making Somerville your new home? Give Mass Bay Movers a call! Our crew of highly-trained professional movers will ensure your move is a stress-free process at affordable rates! Call now or fill out our online form for a free quote!